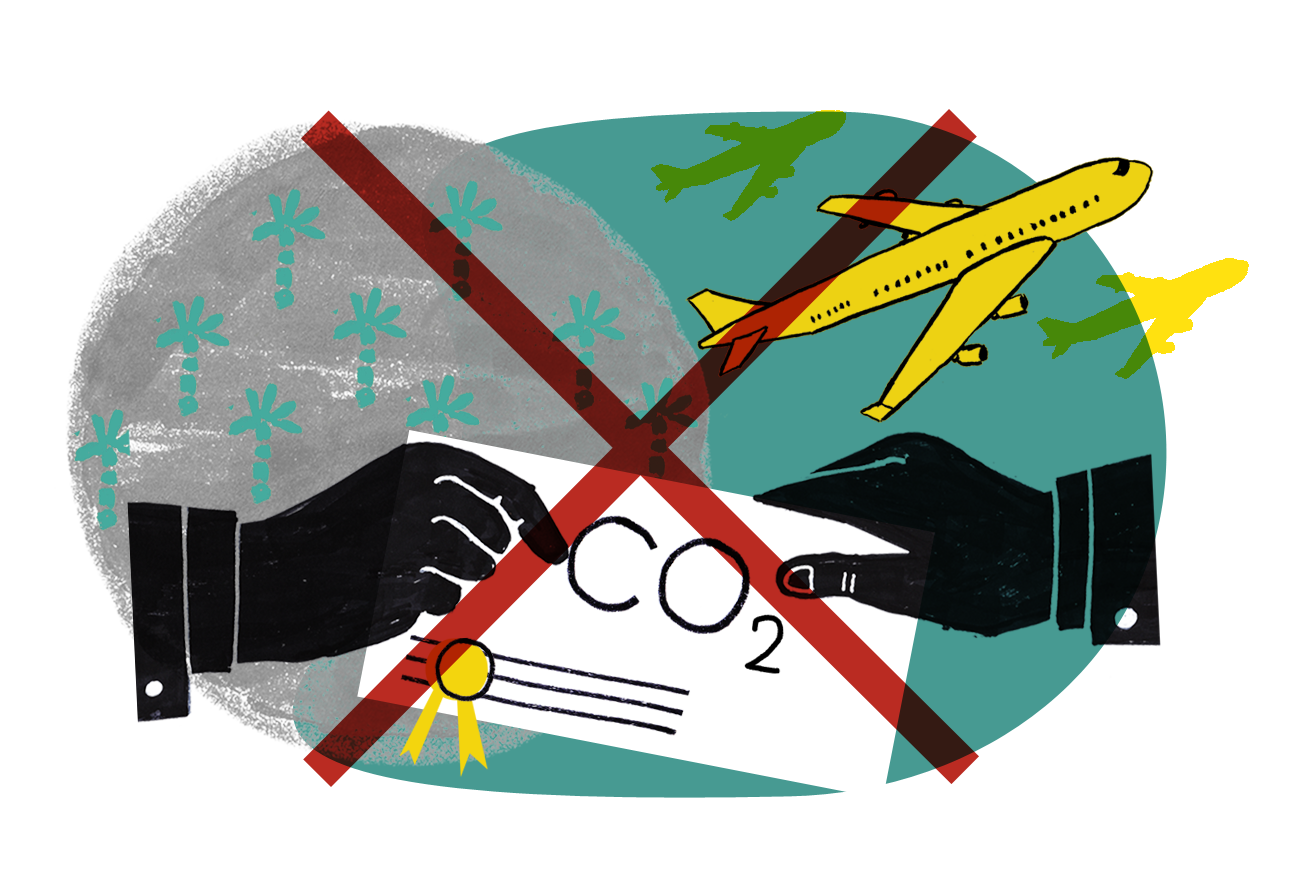 Offsetting emissions from flights is a popular measure amongst organisations trying to implement more sustainable travel policies. However, offsets generally means no real change in behaviours and policies, and is virtually useless in terms of emissions reductions.

Offsetting projects can involve generating energy from methane (which is produced in large quantities in industrial livestock farming) or building hydropower plants that claim to prevent production of energy from fossil fuels. Forest conservation projects and operators of tree plantations can also sell such offset credits representing supposedly achieved emission savings for the aviation industry.

Studies show that a majority of projects miscalculate their savings. The German environmental research institute Öko-Institut investigated the effectiveness of existing offsetting projects for the European Commission and concluded that only 2% of the offset projects have a high probability of resulting in additional emissions reduction. If for example a hydropower plant is being built anyway, such a project should not be eligible for selling carbon credits, which in turn allow others to pollute more. 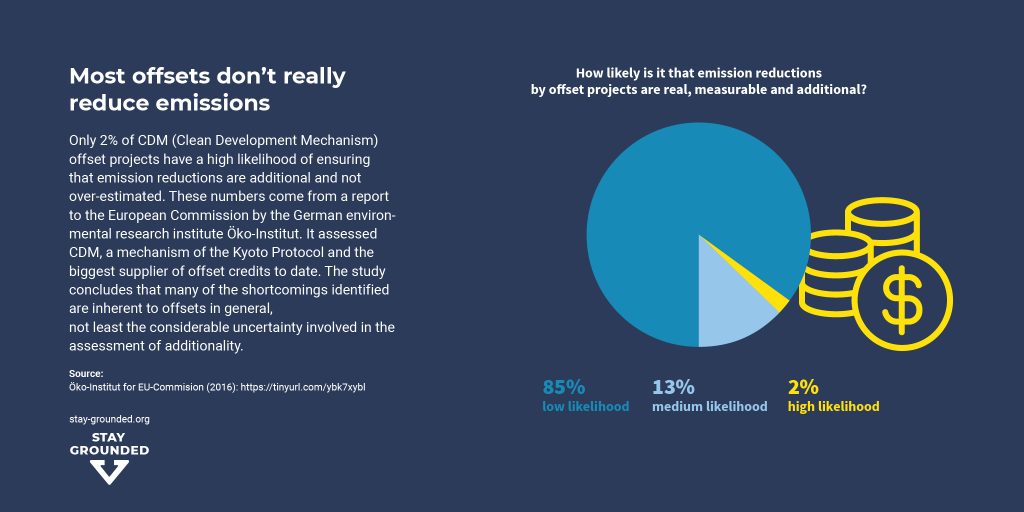 Additionally, offsetting projects are largely located in the Global South and often lead to local conflicts or land grabbing. This is especially the case with land or forest-based projects like REDD+ (Reducing Emissions from Deforestation and forest Degradation). Often, small-holders and indigenous people are restricted to use the forest in their ancestral way in order to store the predicted amounts of carbon in the trees.

Ultimately, offsetting is unjust and a form of carbon colonialism. To enable a small share of the world population to fly indefinitely with a clear environmental conscience, others bear the costs: people whose emissions are often already very low, whose historical contribution to climate change is negligible, and who are already experiencing the impacts of the climate crisis.

Some have argued that if we make offsetting possible only as a ‘last resort,’ and try to offset emissions locally (for example in the local town or even inside the organisation), we do not contribute to further injustice. However, the fact remains that offsetting then becomes a license to pollute and help preserve the status quo. In this way, offsetting prevents the necessary fundamental changes of our mobility system.

This article originally appeared in the Stay Grounded report Degrowth of Aviation. Find the whole report here. Find more on offsets in our report The Illusion of Green Flying.