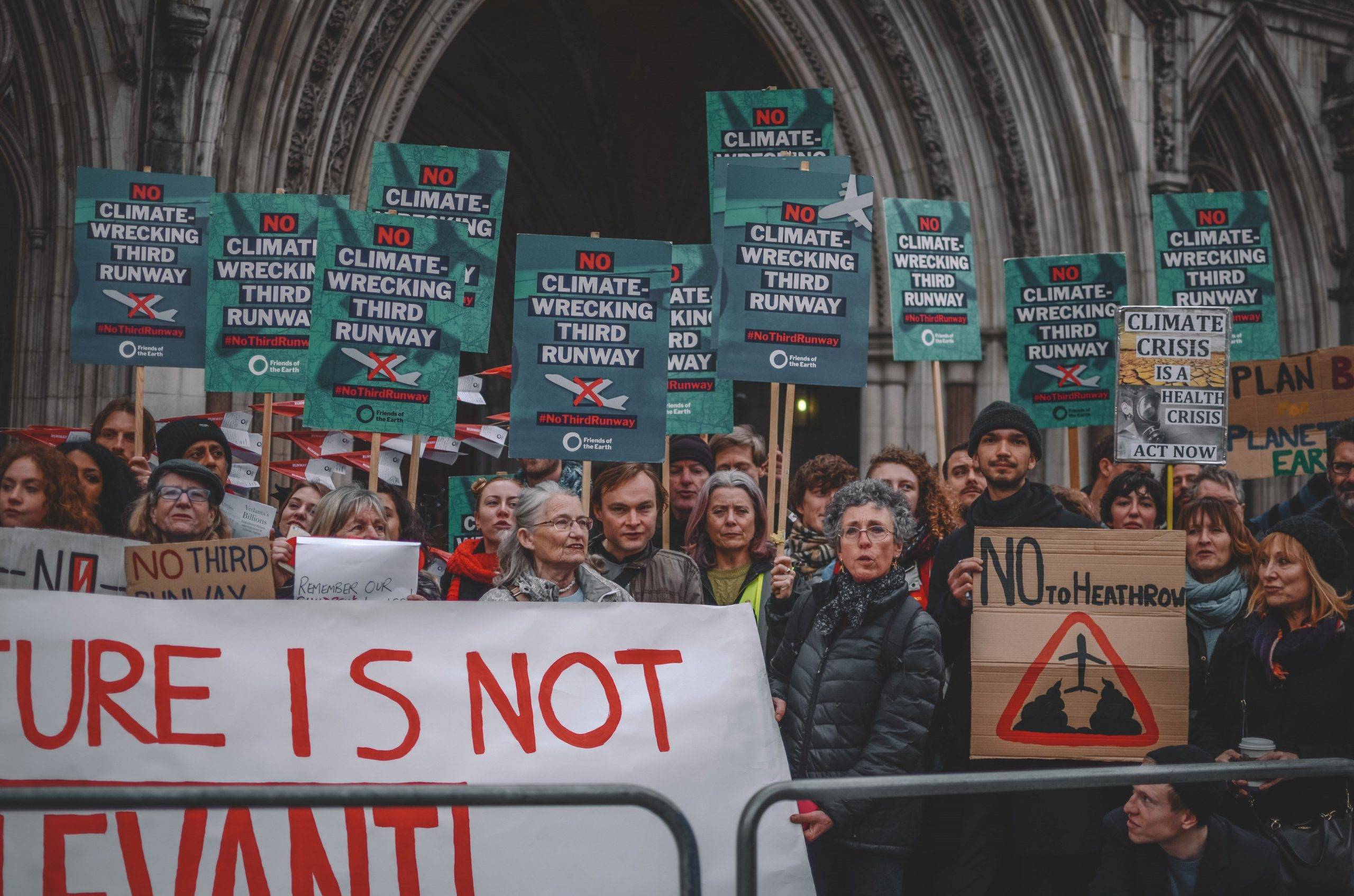 London/Vienna, December 16 2020 – The UK Supreme Court’s today decided to overthrow the Appeal Court’s prior ruling that plans to build a third runway at Heathrow were illegal due to the UK’s climate mitigation commitments and the Paris Agreement [2]. Stay Grounded strongly condemns the decision to give Heathrow’s expansion plans a go-ahead. The third runway is incompatible with a liveable future and with the UK’s climate goals. Last week the Government’s climate change advisors, the Committee on Climate Change, was clear in its latest advice that the UK cannot build additional runways and meet its climate commitments [3].

“Giving Heathrow’s third runway the go-ahead is a betrayal of our children’s future and incompatible with the UK’s climate commitments. Stay Grounded condemns the reckless and irresponsible verdict leaked today”, says Stay Grounded spokesperson Magdalena Heuwieser. “We are in a climate emergency. Building the third runway would cause an increase in carbon emissions equivalent to a small country as well as causing enormous noise and air pollution for local residents.”

“With its decision the Supreme Court is ruling in favour of a profit making company and against our future and the planet,” says Magdalena Heuwieser. “But this fight is far from over. All the groups involved in the struggle against Heathrow’s third runway can be assured of the full support and solidarity of the global climate justice movement against the globally destructive aviation industry. If we stand together, we can stop the aviation industry’s dangerous growth addiction and create a just mobility system that works for the people and the planet”.

In February 2020, the Court of Appeal ruled that the decision to build a third runway did not account for the UK’s climate commitments in line with staying within 1.5 degrees of global heating and was therefore unlawful. Boris Johnson informed Parliament that the Government would accept that decision and abide by the Paris Agreement. Nonetheless, and despite low flight numbers due to the pandemic, Heathrow Airport launched an appeal.

Around the world, 1200 airport infrastructure projects are currently planned or under construction. Together with the Environmental Justice Atlas team from the Barcelona University Institute ICTA, Stay Grounded has been mapping dozens of airport conflicts, providing detailed information about their negative impacts on the ecology and people.

Stay Grounded is a global network of more than 160 member organisations, many of them opposing local airport projects.

3 The Committee on Climate Change – The Sixth Carbon Budget https://www.theccc.org.uk/wp-content/uploads/2020/12/The-Sixth-Carbon-Budget-The-UKs-path-to-Net-Zero.pdf