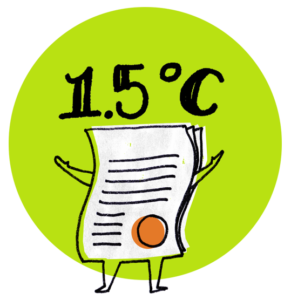 Through the efforts of Pacific islanders who are national delegates, the UN’s Framework Convention on Climate Change (UNFCCC) has invited the global public to provide new ideas for international policy to tame climate change. Some of the submissions may become part of deliberations at the upcoming “conference of the parties” (COP24) in Poland this December. Stay Grounded made a submission today, recommending policy to control aviation’s greenhouse gas emissions.

This opportunity to participate follows the islanders’ cultural tradition called Talanoa, and UNFCCC calls it the Talanoa Dialogue. Here we explain how this came about and what it is, and summarize the statements and recommendations we submitted. Link to the document: https://unfccc.int/documents/183380

Building up to Talanoa

At UNFCCC’s COP21 in Paris in 2015, delegates of Pacific Island nations lobbied their colleagues hard on including language in the Paris Accord for trying to limit global warming to a 1.5 oC temperature rise. They succeeded.

Two years later, at COP23, the islanders persuaded the body to sponsor a process following the islanders’ Talanoa tradition, which is used for resolving differences over how to make major plans. It is rooted in the needs of the transoceanic migrations of their ancient past, and asks three questions: Where are we?; Where do we want to go?; and How do we get there?

“Talanoa is a traditional word used in Fiji and across the Pacific to reflect a process of inclusive, participatory and transparent dialogue. The purpose of Talanoa is to share stories, build empathy and to make wise decisions for the collective good.”

A Talanoa requires respectful participation yet has the potential to lead to profound change, much as the islanders were able to accomplish in adding 1.5 oC language to the Paris Accord. Their nations are highly exposed to the ravages of climate breakdown, and they seek new policy avenues that could be adopted globally for rapidly reducing GHG emissions.

The global public, as well as COP delegates, were invited to submit answers to those three questions in regard to climate change, and the answers may play a role at COP24 in Poland this December. Stay Grounded filed its answers several days ahead of the October 29 deadline.

Description of Stay Grounded’s submission for the dialogue

Where are we?  We explained why air travel causes substantial climate impacts, and that its rapid growth overwhelms the slow rate of technical improvements that reduce the greenhouse gas emissions of aircraft. The facts we used come from Stay Grounded’s recent Position Paper, scientific papers and reports. Aviation makes meeting targets of the Paris Climate Agreement extremely difficult, and as the IPCC’s recent report on the 1.5 oC target makes clear, the consequences even of that target are dire.

No regulations exist to limit growth of aviation, even though the industry plans to expand rapidly and is already the fastest-growing source of greenhouse gas emissions. The only proposed solutions to these emissions involve biofuels and ‘offsets’ – these are both enormously problematic and will only worsen social and environmental problems that are already severe.

Where do we want to go? We identified aviation as “a keystone issue” for reducing climate breakdown. The regulatory body the UN is presently using to regulate aviation emissions, the International Civil Aviation Organization (ICAO), is an agency captured by the industry it regulates. Because the regulations it has approved are ineffective, the UNFCCC must instead reclaim from ICAO the authority to set aviation climate policy. This need is urgent. We also asked UNFCCC to adopt policy that favours low- and zero-carbon ground transportation as an alternative, and which promotes regional instead of overseas holidays.

How do we get there? We identified several policy options that can be used to reduce air travel and the use of air freight, among them: a fuel tax; a frequent flyer levy; and limiting construction of new airports,  airport expansions and aircraft “slots.” We also included a subsection on how to provide for non-aviation modes of mobility.