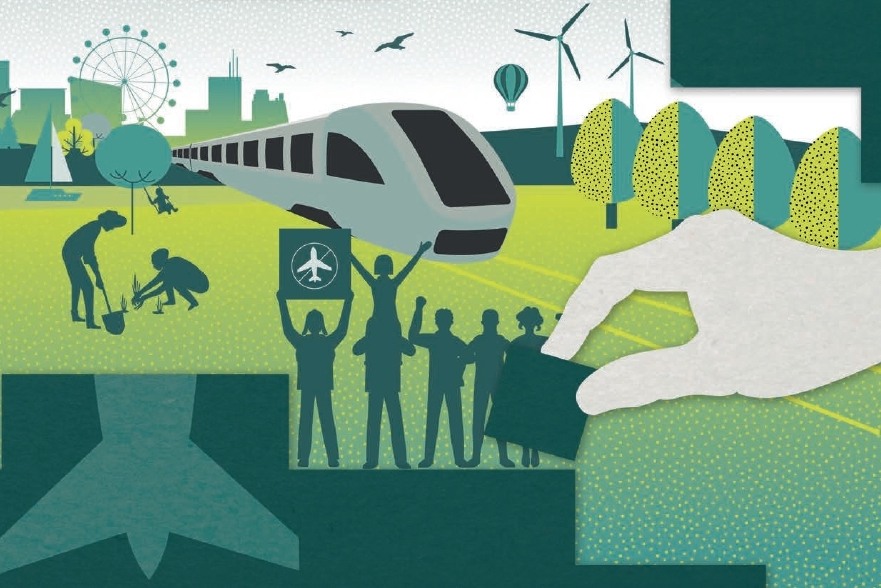 How to reduce air travel in a just way?

Tone Smith presented the report and the various measures analysed: fiscal measures (taxes and frequent flyer/air miles levy), bans on flights, moratoria on airport infrastructure, the fostering of alternative means of transportation and institutional change of travel policies. Also some other measures were mentioned, including the need for better accounting of aviation’s climate impact, bans on flying advertisement, supporting better working conditions for employees in low-cost airlines, and the role of behavioural change campaigns.

The importance of climate justice

Magdalena Heuwieser presented the importance of social and climate justice. In a break-out group discussion, participants of the webinar discussed then the question of how measures to reduce aviation could address justice aspects. It became clear that measures should not harm or burden vulnerable groups more, should target wealthy frequent flyers more, and provide a just transition for workers in the aviation or tourist sector. Still, it must be clear that measures to degrow aviation won’t alone tackle the justice issues society is facing, which would need more changes in our economic system, and in policies related to trade, tourism, transport, energy, and others.

Magdalena Heuwieser concluded the presentation with some recommendations to civil society, and the importance of building a strong and solidary movement of aviation opposition and climate justice, accepting different focuses on demands, strategies and tactics. The report is aimed to spark discussion about such strategies and measures to degrow aviation.

Find a video-clip on Degrowth of Aviation here.

In the following debate, some important points came up:

In the closing remarks, Magdalena Heuwieser pointed out that the study will be translated into Spanish and German, and possibly other languages. Stay Grounded is happy if the report, the powerpoint presentation, briefing papers, video-clip and illustrations are used by civil society.