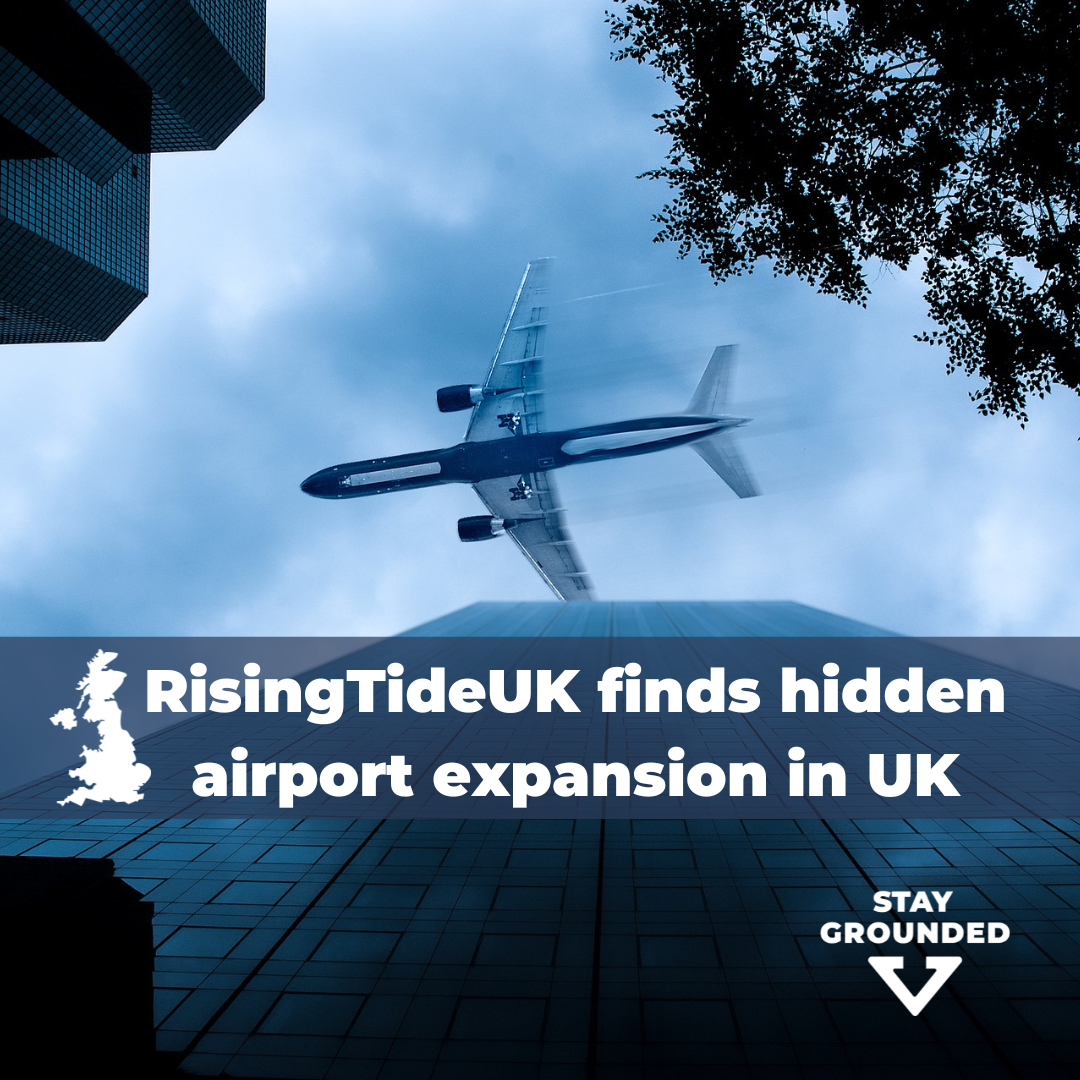 RisingTideUK found more than 25 UK airports are expanding, with some evading usual channels of consent in the process, using a combination of methods not officially defined as expansion. Here RisingTide explains:

As Members of Stay Grounded, and as part of our contribution as signatories to the Glasgow Agreement – aka the People’s Climate Commitment – we recently worked on the UK carbon emitters Inventory and Climate Agenda and updated a supplement for the section on Aviation for the agreement. Other sections of the inventory updated by RTUK are on gas, coal and nuclear along with loads of other resources here.

When conducting our inventory, we accounted for more than 250 private, public and military airports and airstrips in the UK (with around 40 in Republic of Ireland). While the inventory is a living document in a constantly changing world, we’ve used the available data to compile a list airports that are expanding and which are the largest, in terms of passenger numbers and climate impact and emissions. Most of this data is from 2019, before the Covid19 pandemic hit, as that’s the base year from which we measure future growth from. Passenger number figures vary so we’ve gone for those that best match the year ending 2019.

During this process, it became starkly apparent that airport expansion is taking place at more than 25 airports, not just at the 8 usual suspect airports generally reported. What’s more, airports are expanding not just by consent to plans for increasing passenger numbers through Air Traffic Movements (ATM) or new runways, but are expanded by a combination of methods which include:

For an overview of climate change and aviation more widely, see the UKgov House of Commons Library Briefing paper on Aviation, decarbonisation and climate change.

Note: For Regional Airports in the UK, Scope Emissions are defined thus:-

With your help, we can continue updating the resource lists! Please send your updates to info@risingtide.org.uk with “Aviation (etc.) Update” as the subject. Follow links above for full airport (including Republic of Ireland) & airline lists.