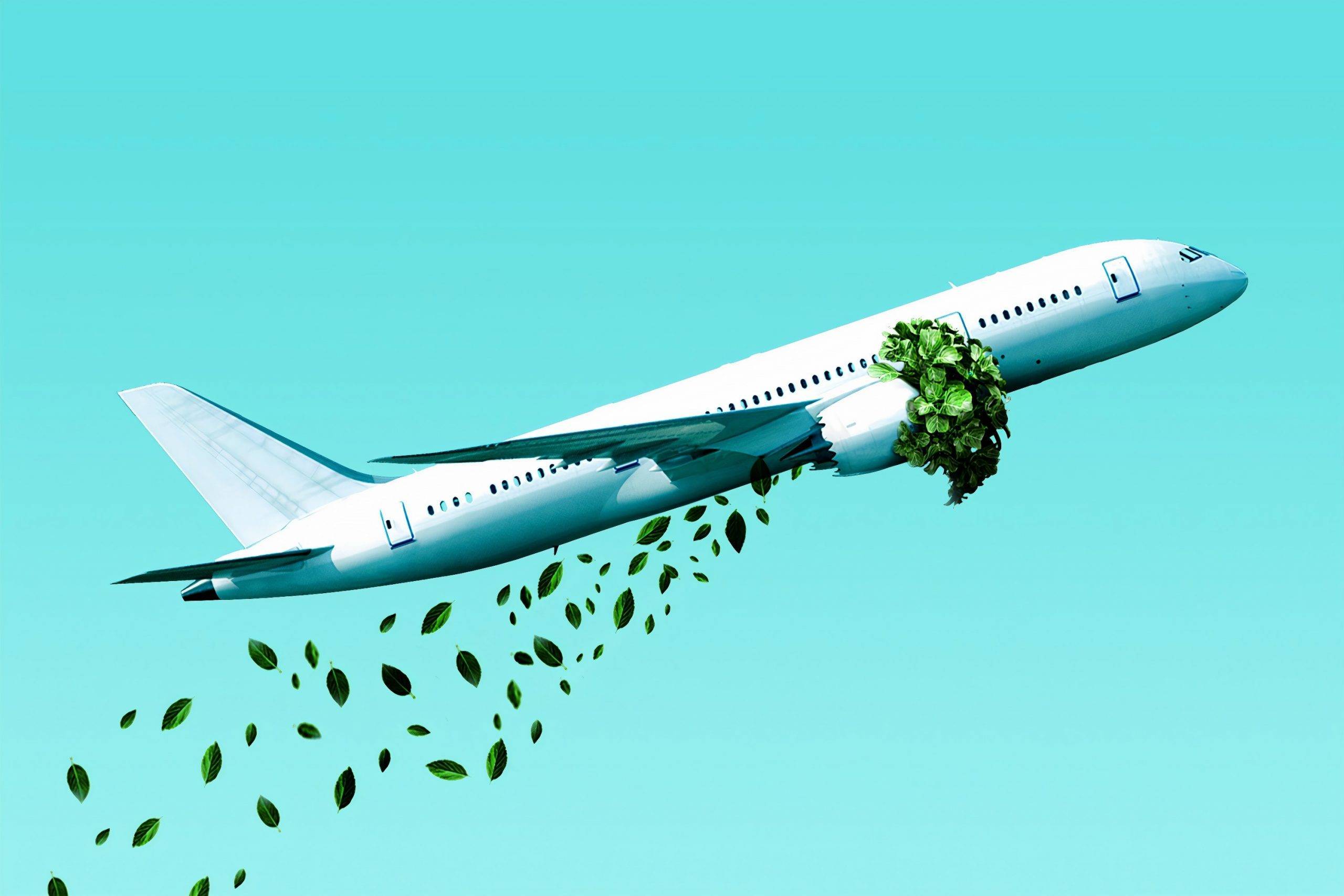 The allegedly “zero-carbon” aircraft, if introduced, will miss its target, incapable of being applied to long-haul flights, which currently account for more than 50% of global CO2 emissions from commercial aviation, and for which there is no real alternative. It only targets the short- and medium-haul market – much of which can be replaced by the train – and it will come too late. Moreover, if the choice is made to use hydrogen as a jet fuel, the climate impacts of non-CO2 emissions would not be eliminated.

On 12 June 2020, the French government announced a plan to support the aeronautics industry, one of the components of which is to “invest in order to design and produce in France the aircraft of tomorrow”. One and a half billion euros of public aid will be invested over the next three years to support R&D and innovation in the sector.

According to the press kit, “this plan aims to prepare:

The announcements do not clearly distinguish between hydrogen as a jet fuel and as a feed for fuel cells for electric motors, but it would appear that both options are being considered. In any case, hydrogen “propulsion” (as in rockets) is explicitly mentioned.

This plan concerns only two market segments, short- and medium-haul, as long-haul aircraft cannot be decarbonised at a cost that can be supported by the envisaged technologies. It therefore only very partially meets the objective of decarbonising air transport. In 2018, long-haul flights accounted for about half of global CO2 emissions from commercial aviation [1].

On the other hand, assuming that the first “zero-carbon” A320 is put into service in 2035, it will take until 2050 for the fleet conversion to be complete. This lead time is incompatible with the climate urgency which requires global greenhouse gas (GHG) emissions to be reduced by 55% by 2030 and by 87% by 2050, so as not to exceed 1.5°C.

In both cases, green electricity – which will be in short supply in relation to demand in the coming decades – will be needed to recharge batteries or produce hydrogen. Last but not least, if the hydrogen propulsion pathway were adopted, it would not eliminate condensation trails or NOx and their derivatives, whose climatic impact is at least as large as that of CO2. In the end, a lot of money will be invested in projects unable to massively reduce the climate impact of air transport! The “zero-carbon” aircraft may be introduced by 2050, but “zero-carbon” aviation remains an unfounded promise.

The opinion of the French High Council for the Climate (HCC) is the following:

“The prospect of carbon-free aviation within a generation is desirable and welcome, but its realisation and dissemination require a timeframe that is incompatible with a reduction in emissions consistent with the temperature objective of the Paris agreement. The structural reduction in the sector’s emissions, excluding offsetting, cannot be based on remote technological hope.”