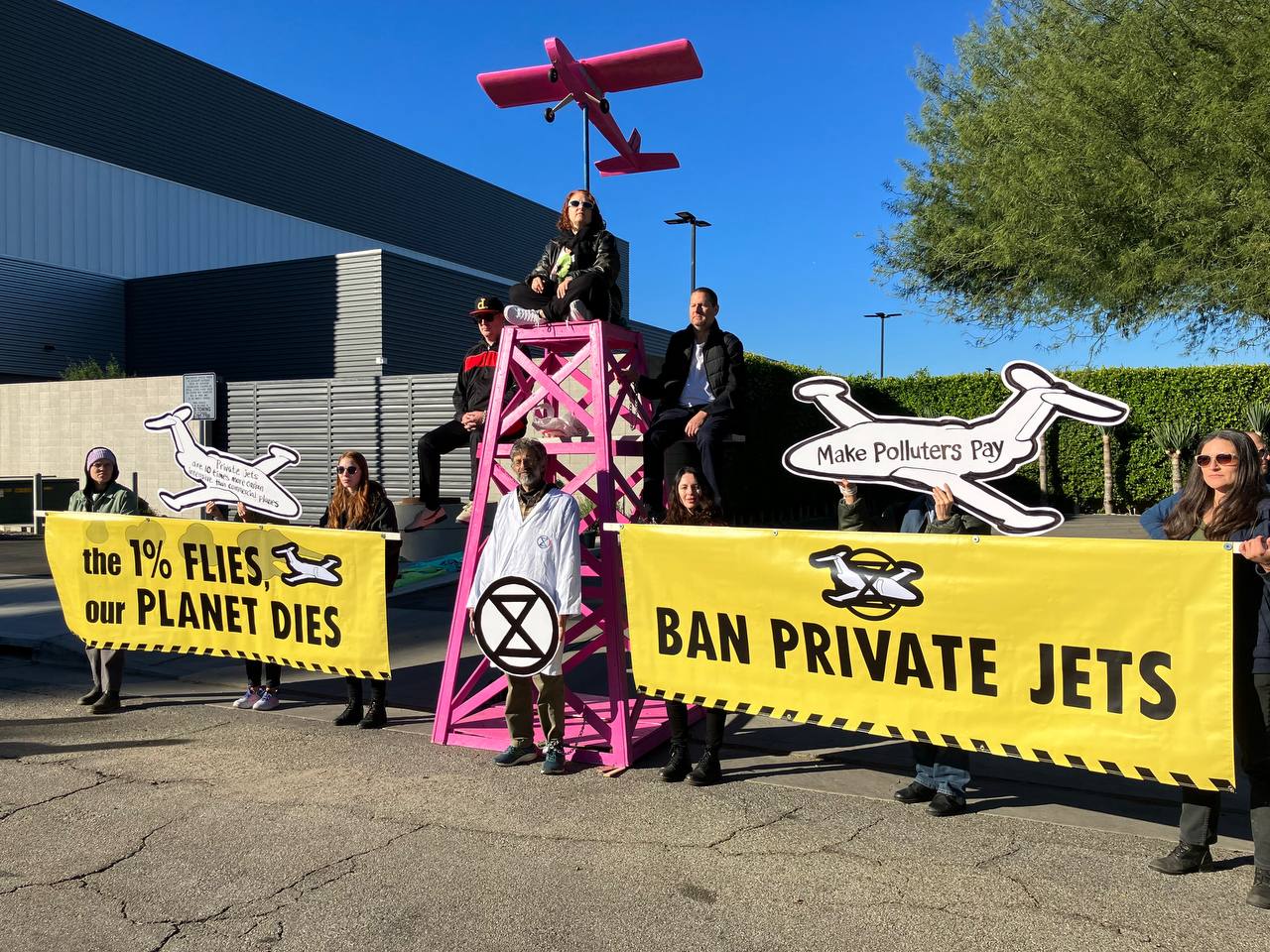 Hundreds of activists, among them 129 scientists, blockaded 11 international private airports to demand a ban on private jets. 31 arrests all around the world.

Global protest called for a ban on private jets and taxation of frequent flyers to fund climate adaptation and compensation for vulnerable countries.

Scientists and climate campaigners from Scientist Rebellion and Extinction Rebellion barricaded multiple private airports and protested against private jets in eleven countries during the first week of the UN climate conference COP27 in Egypt. Private airports in Farnborough and London Luton (UK), Berlin (Germany), Milan (Italy), Stockholm (Sweden), Ibiza (Spain), Teterboro New Jersey, Charlotte North Carolina, Los Angeles, and Seattle (US) were blockaded on Thursday 10th, while Schiphol (Netherlands) was blockaded on Saturday 5th of November as part of a larger protest. Private airports in Melbourne (Australia), Trondheim (Norway), Cascais (Portugal), world’s third largest jet manufacturer Dassault (Paris, France), and the Dutch Infrastructure Ministry were also targeted. Many of the people who took part in the protests were scientists from a variety of disciplines. Disruption was caused by protesters using an array of methods to blockade airport entrances, locking-on with steel tubes and chains, glueing themselves to doors and windows, and setting off fire-alarms. In other cases, campaigners used arts and music. In Ibiza, they staged a theatre act to represent the contempt and arrogance of the richest while the less well-off are struggling. 31 protestors were arrested and later released, while 58 were identified by the police.

These action days were part of the international campaign Make Them Pay. Campaigners called on world leaders now gathering at Sharm el Sheikh, Egypt, for the UN’s 27th annual climate change conference (COP27), to ban private jets, which are approximately 10 times more energy-intensive per passenger than commercial planes and 50 times more energy-intensive than trains. Campaigners also demanded a tax on those who fly frequently. Taxation would help both to cut emissions and to pay for loss and damage, fund climate finance, and cancel financial debt in countries most vulnerable to climate breakdown. These demands incorporate a proposal made by the Least Developed Countries Group – representing the most climate-vulnerable countries at COP27 – and have been supported by multiple national Citizens’ Assemblies. 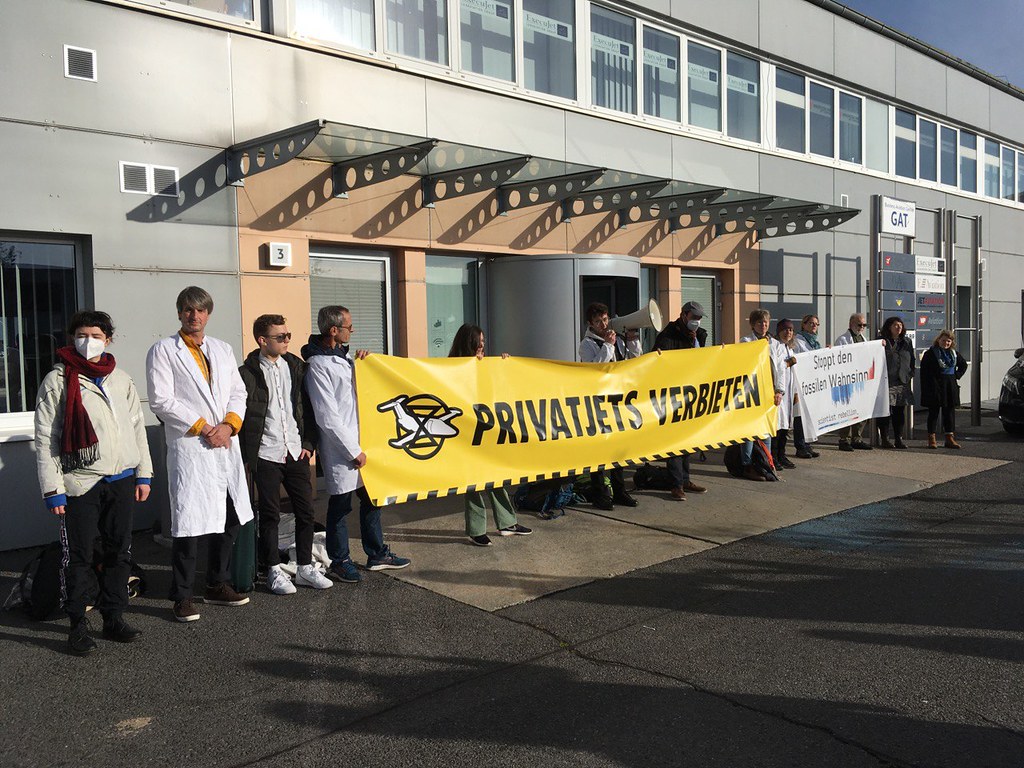 Climate scientist Dr. Peter Kalmus was among those arrested for his participation in the North Carolina blockade. “Today I was arrested for the second time trying to increase public urgency about Earth breakdown”, said Dr. Kalmus. “We’re on the right side of history, but it feels like we’re losing badly. We need reinforcements, we need more scientists and more people engaging in non-violent civil disobedience. At this point you don’t need to be a scientist to know that until we end fossil fuels every summer will be hotter than the last and we risk losing essentially everything as a result. The general disregard in our society for this fundamental fact is stunning to me.”

Dr. Gianluca Grimalda, social science researcher, among those arrested in Milan, said: “To avoid climate catastrophe, societies must shift into emergency mode. This includes reducing the luxury emissions of a wealthy elite, whose carbon footprint is orders of magnitude larger than that of the rest of us. It is unacceptable that the super-rich continue criss-crossing around the world while millions are suffering from disastrous climate impacts.”

Finlay Asher, an aerospace engineer, said: “Aviation represents the pinnacle of climate injustice and emissions inequality. Just 1% of the global population produces over a half of total aviation emissions while 80% of the global population have never actually stepped foot onboard an aircraft. I can’t stand by while the emissions from my industry continue to grow and contribute to the climate carnage wreaking havoc around the world. The fact that private jet sales are booming shows that we’re utterly failing on economic and climate justice.”