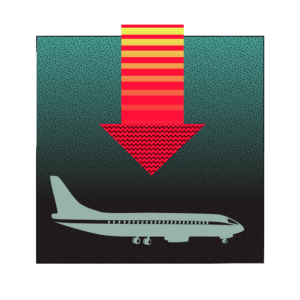 Setting absolute limits on aviation is theoretically the easiest and most secure way to guarantee the industry’s contribution to climate mitigation targets. Arguably, such measures are also preferable from a fairness perspective, as bans do not differentiate between rich and poor, but are mandatory for everyone. While absolute environmental limits seem politically difficult, the idea of caps on short-haul flights has been gaining momentum.

From an environmental and justice perspective it is clear that the number of flights and cumulative air travel distances must be reduced to a necessary minimum as soon as possible. The remaining flights will need to be allocated in the most equitable way possible or for the greatest public good—as part of the total remaining carbon budget and in line with climate justice. On a global level, this policy could be implemented through a cap-and-share mechanism,i although such a global scheme is unlikely to be introduced soon. However, with the climate movement gaining momentum lately, it is arguably realistic for some limitations to be imposed on air travel, especially bans on short-haul flights.

In 2001, the EU White Paper on Transport stated, “We can no longer think of maintaining air links to destinations for where there is a competitive high-speed rail alternative.“ii Still, no caps or bans on flights exist. However, in 2019, politically relevant calls have been made for bans from several quarters. In a May 2019 debate, two candidates for president of the European Union addressed short-haul flights. Frans Timmermans (now vice president of the European Commission) called for a total ban on them, and conservative Manfred Weber instead advocated for reducing their number.iii In March, members of the Dutch parliament demanded a ban on flights between Brussels and Amsterdam.iv German climate expert Hans-Joachim Schellnhuber argued that prohibiting domestic flights within Germany should be one of the government’s high priorities, and he proposed a per person lifetime limit of 20 flights of any length.v In June, several French MPs tried to amend a mobility bill to ban flights between airports if a rail link exists that takes no more than 2.5 hours longer than flying.vi

Air travel is still primarily an elitist mode of transportation, with the biggest share of flights taken by the wealthy minority. For example, in 2018 the top 10% of frequent flyers in England took more than half of all international flights.vii Therefore, the general public might be in favour of air travel reform. In a YouGov poll conducted in the United Kingdom in August 2019, two thirds (67%) of the people interviewed said that air travel should “definitely” or “probably” be limited to tackle the climate crisis.viii A reduction of short-haul flights seems to be the easiest way to reduce flying between city pairs where alternative transportation options already exist or are being built. For example, the Western European railway network can replace a large proportion of short-haul flights.

In general, different forms of limits, bans or caps on (short-haul) flights could follow in succession, among them:

Advantages and obstacles of capping flights

The climate advantage of alternatives like trains and buses is tremendous, and a rapid shift to them is feasible if efforts are made. Short-haul flights have poor economic profitability because of their lower occupancy rates compared to international flights. They are often continued by airlines and alliance partners in order to feed their international and intercontinental hubs, and for fear of losing their historic (‘grandfathered’) slots in airports (due to the ‘Use it or lose it’ rule). The slot regulations are not only inefficient but are also counterproductive in terms of climate protection.

A main advantage of bans on short-haul and/or domestic flights is their inherent effectiveness in reducing emissions. In addition, they are more socially just than market and price mechanisms, because their effect is universal regardless of wealth. Some use short-haul flights for routine transit, such as those living in one city and working in another, or companies with multiple locations to administer. This form of work life can be quite exhausting and hard to combine with relationships and family life, so banning such flights may help reform harmful work norms and promote alternatives such as video conferencing.

Banning short-haul or domestic flights could cause the shutdown of many regional airports. This might also have positive economic effects, as regional airports most often make high losses and are only kept alive with subsidies. Jobs could be created in the railway sector instead. In addition, a multimodal and sustainable approach to (public) transport is voiced in many official government papers, but not yet implemented. The shift from short-haul flights to alternatives is a low-hanging fruit of climate mitigation, but obviously still hangs too high for most of today’s politicians.

The feasibility of banning short-haul flights depends on the extent and quality of a country’s train and highway networks. Since those conditions vary among countries, there is no one-size-fits-all approach to eliminating these flights. Limiting domestic aviation in economically growing countries in the Global South might clash with issues of global justice and their lower historical responsibility for environmental problems like the climate crisis. Therefore, the highly industrialised countries must lead the way.

Strategies to implement limits on flights

In global climate governance, aviation has continuously been omitted. Environmental caps like per capita resource entitlements or cap-and-share mechanisms have not yet been implemented, as market-based mechanisms have been the preferred tools since the beginning of neoliberalism. Nevertheless, due to the consequences of the climate crisis being increasingly felt today, as well as the climate movements getting stronger, momentum is building for measures like bans, absolute caps and cap-and-share mechanisms. Researchers, campaigners and activists should advocate for such measures as legitimate ways to tackle the climate crisis, without fear of being singled out as being radical or limiting others’ freedom.

As a start, banning a few short-haul flights is a realistic goal. If it proves successful, this effort can expand rapidly, especially if there are no significant consequences for travellers. With further success, the possibility for a more general limitation of aviation may arise. Success hinges on pre-existing or planned modes of alternative transport, as well as a cultural shift from boundless to conscious mobility.

Friends of the Earth Europe (2000): From Planes to Train. Realising the potential from shifting short-haul flights to rail. Brussels

Find the while literature list in the report Degrowth of Aviation, p. 45-47.