What we have learned after one year of aviation bailouts
Position
April 1, 2021 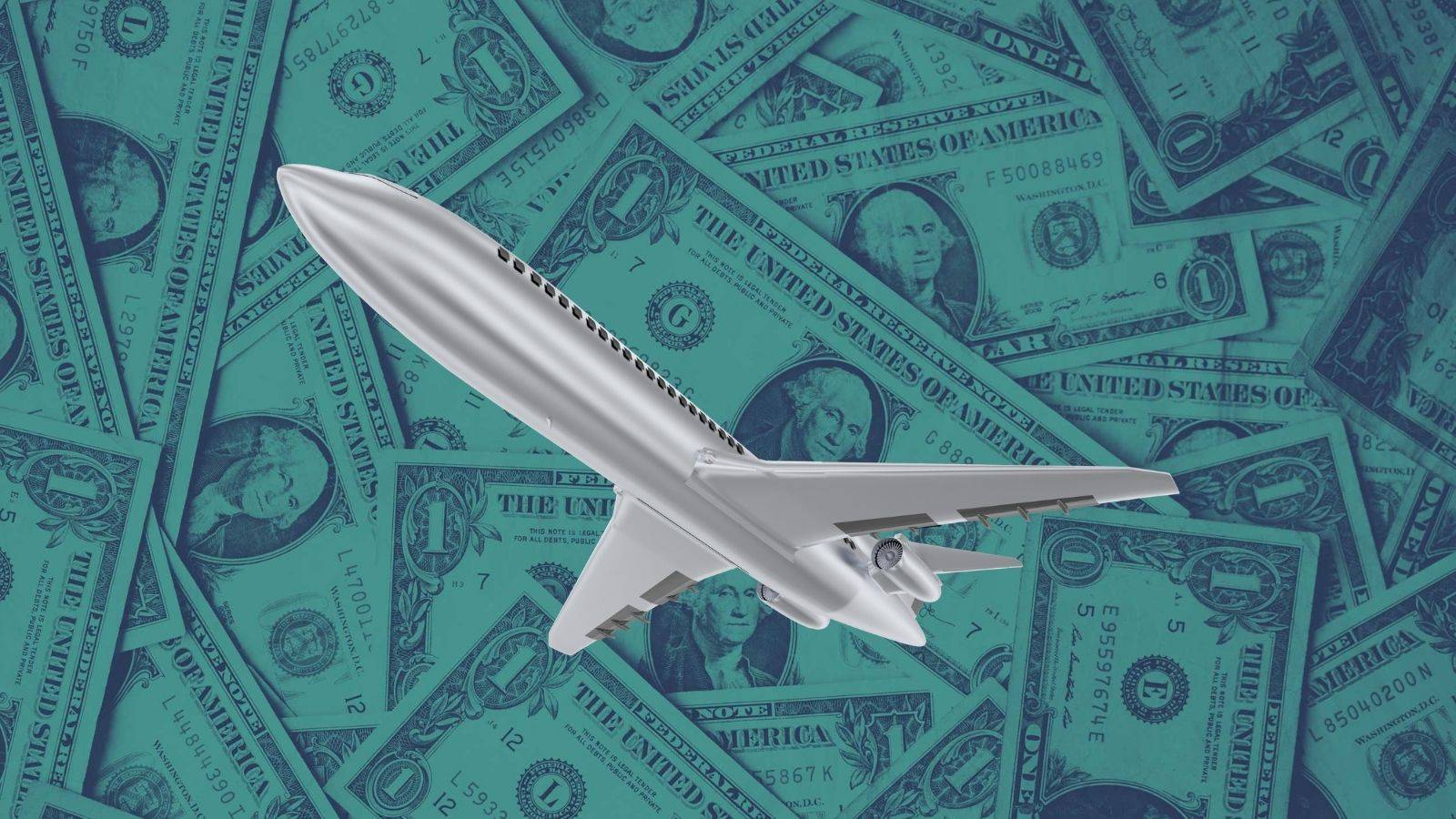 Exactly one year ago, at the beginning of the pandemic, the first airlines sought state bailouts. Stay Grounded, together with 350 organisations worldwide, demanded to #SavePeopleNotPlanes: if bailouts are granted, they need strong environmental and social conditions. Looking back, we realized: This was a too optimistic demand. Read here about how we changed our minds and what we fight for now.

COVID-19 has grounded air traffic almost entirely. In countries under lock-downs, operating flights dropped well below 10% for many months. The aviation industry itself expects to be operating at a lower capacity for the next three to five years and the tourism sector faces a prolonged global crisis – despite enormous amounts of taxpayer-funded financial aid.

As of August 2020, governments or government-backed entities from 57 countries had committed €137 billion in taxpayer-funded financial aid to airlines – 38% of the projected revenue loss for airlines for 2020. In Europe alone, governments agreed to deliver €43,7 billion in bailouts to airlines – notwithstanding global protests, like those supporting a ‘green recovery’ from Covid-19 and the Stay Grounded campaign #SavePeopleNotPlanes backed by about 350 organisations and over 100,000 individuals. Also, leading economists from around the world found unconditional airline bailouts to have the lowest economic payoff.

Would conditions for bailouts really help?

The bailouts have been granted almost without any social or environmental conditions attached. Actually, three of the biggest recipients – Lufthansa, British Airways and Air France – were the three biggest European airline emitters before the pandemic.

With the third pandemic wave undergoing, and possible new variations of the virus spreading, airlines, manufacturers and airports are and will be asking for even more taxpayer money. Should we demand conditions, again?

Let’s take a look at social conditions.
Our analysis is quite clear: paying airlines and airports to maintain an overstaffed workforce for years simply does not make sense. It is short-sighted and unrealistic to set and implement strong social conditions to preserve jobs in this industry. And this is also what has happened: airlines have been laying-off a big proportion of their employees.

At least 400,000 workers have already been fired or are in jeopardy, and many of those who remain employed are facing permanent pay cuts and re-written contracts with worse conditions, as some airlines are clearly exploiting this crisis to impose terms and conditions which further disadvantage workers.

Many trade unions have been backing the industry’s demands for bailouts, in order to save jobs in the short term. There are although also some unions and workers initiatives which have different proposals: How about saving jobs in the long term, providing retrainings, establishing new and good jobs in climate safe sectors, and elaborating concrete just transition plans for the different regions  – for example regions surrounding small airports that anyhow would make sense to close down? 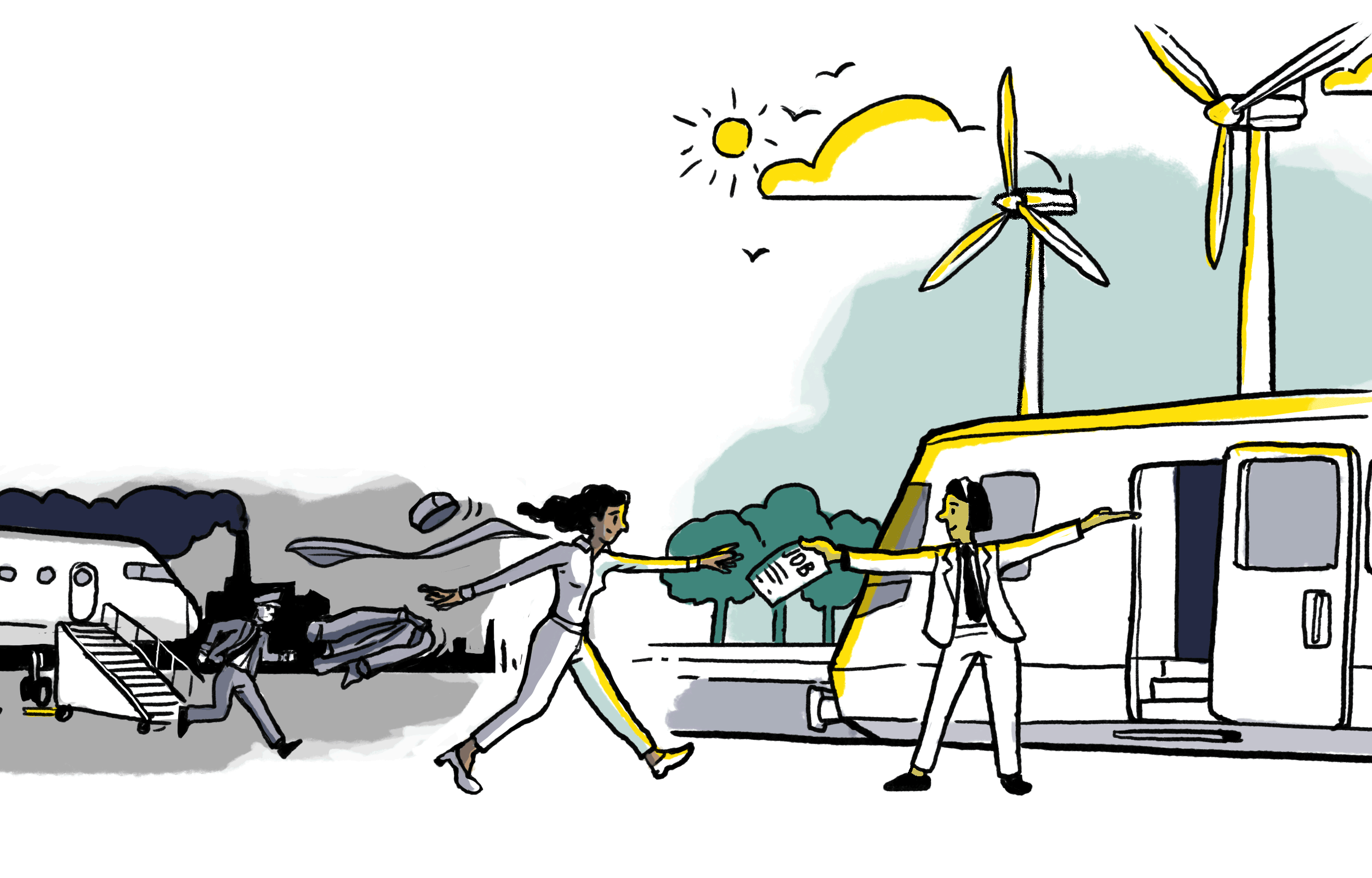 These green requirements build on the premise of green growth: of being able to decouple aviation growth from its resource-consumption and emissions, which science tells us will be an illusion in the coming decades. In many countries, the only thing that is talked about currently is the promotion of “sustainable aviation fuels” SAF, while in the meantime the little taxes on aviation existing are threatened to be cut.

Research and development of future technologies is important but until achieved, immediate climate action cannot be delayed. For example, if all flights in 2017 had been operated with e-fuels (fuels made from electricity), they would have needed more than the existing renewable electricity of the whole world. Also biofuels will have harmful consequences if produced in the enormous quantities required. It would most probably lead to more damaging mega-projects, rainforest destruction and land rights violations.

A demand reduction is therefore essential. But can a government attach the bailout condition to downscale the airline or airport? Unlikely. Would it not make much more sense, to instead invest the taxpayer money into alternatives to flying, like the railway? Or let’s say it in another way: If airlines want to survive, most of them will need to switch their business model; e.g. aircraft manufacturers producing solar panels, or airlines merging with rail companies to integrated transport providers.

Recovery packages instead of bailouts

It cannot be an option any more to use taxpayers’ money for bailing out polluting airlines, airports and related manufacturers. Instead, recovery packages must be directly used to finance a just transition: for a living wage and social protection for workers leaving the industry, retraining programmes, the creation of jobs in climate-safe sectors and for fostering alternatives to flights and mass tourism. Public money must save people, not planes.

While the effects of the pandemic will last for at least some years, the next crisis – the climate crisis – is already at our doorsteps and will have heavy effects on the sector as well. Further inevitable changes in these industries are occurring due to automation and digitalisation. The question is, will we transition by disaster or design?

Downscaling of the numbers of airlines and airports by ending public prop-ups would not only be essential for climate mitigation. Both airlines and airports have been trapped in a highly competitive system, with lots of pressure for low prices, poor working conditions and increasing flight and passenger numbers to remain economically viable. Before Covid-19, in many regions, this led to a highly saturated market, which as Lufthansa has said, “sustained overcapacities caused by carriers willing to accept significant losses to expand their market share”.

A stop on public bailouts has to go along with measures ensuring that surviving airlines don’t grow on the cost of the others, taking over assets and airport slots from bankrupt companies. This might include changes in bankruptcy laws. Redirecting public spending towards a just transition should be accompanied by measures like a kerosene tax, limits on short-haul flights and a frequent flyer levy. From now on, the aviation industry needs to align with the 1.5 °C pathway.

Read more about how a just transition of aviation could be shaped in the discussion paper by Stay Grounded and the PCS union: https://stay-grounded.org/just-transition/