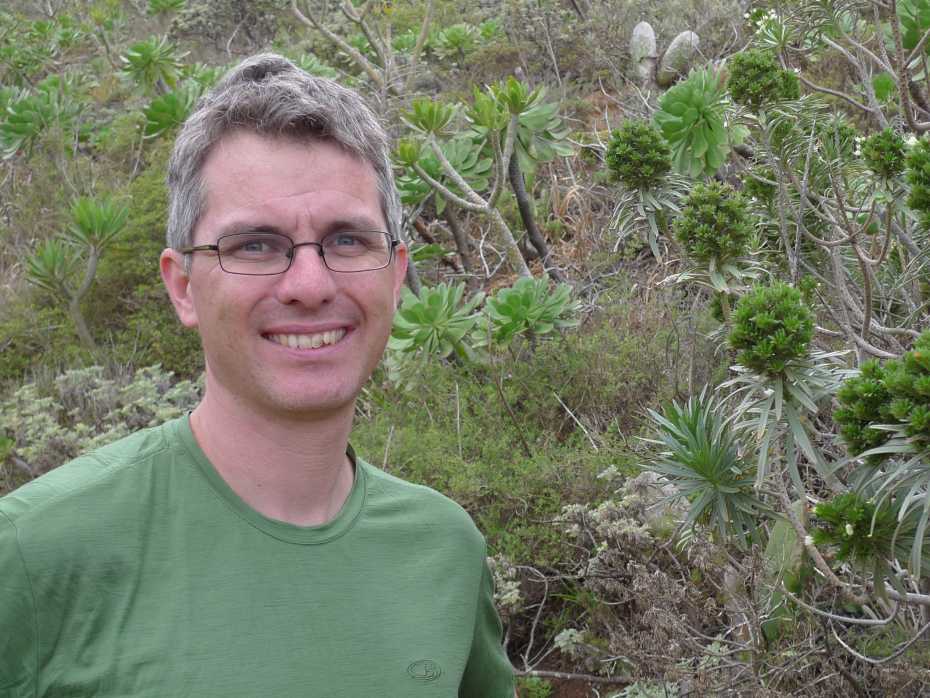 Christoph Küffer is a senior researcher at the Institute of Integrative Biology, ETH Zürich, and professor for urban ecology at the University of Applied Sciences Rapperswil. He is now into his fifth year of (almost) not flying. In our testimonial, he tells us his story. It is based on his blog articles published at ETH Zukunftsblog.

It’s a conflict we all know, but it weighs particularly heavily on environmental scientists: air travel allows researchers to take part in international projects to discuss problems face-to-face, but it’s also damaging our climate and our environment. It’s a classic dilemma, and solving it will take creativity and a little sacrifice. A personal experiment.

A matter of credibility

At the UN climate conference in 2015 in Paris the international community committed itself to fundamental societal change. We are now entering a new phase, in which the challenge is no longer to recognise problems, but to solve them. New kinds of credibility and facts will be called for. Scientists will be judged by whether they can answer their own calls for radical solutions. Flying is a good testing ground for this question: public awareness already exists, technical solutions are unlikely, and giving up flying requires innovation from the scientific community. It can set a good example here, and test for itself how institutions can be reformed in order for a climate-friendly society to function.

I got off to a slow start with flying. Before I finished my studies, I’d never even set foot in a plane, nor did I have a driving licence. That was nothing unusual at the time – not for an environmental science student, anyway.

Fifteen years later, I have travelled at least ten times around the world for work, I regularly flew to other continents, and I have a driving licence in three different countries. Nowadays that’s nothing unusual either, not even for an environmental scientist.

Five years ago, I decided to give up flying. I like travelling, and I don’t like changing my life. So it would be convenient if I could now report that it’s impossible for a researcher to give up flying. But that’s not the case. Flying less, or not at all, is indeed possible – sometimes even there are benefits. Here then are three points in favour of not flying.

Often practical measures are sufficient to avoid flying. Exchanging information on the internet, especially with longstanding partners, works well. I’ve participated online in conferences, replaced intercontinental travel by travel within Europe, and frequently watch presentations as videocasts. For many years now, I’ve been writing publications with colleagues I never meet, while fieldwork in a foreign country can be organised through local researchers on site. However, without a personal meeting, it is admittedly difficult to build trust for new partnerships from scratch. 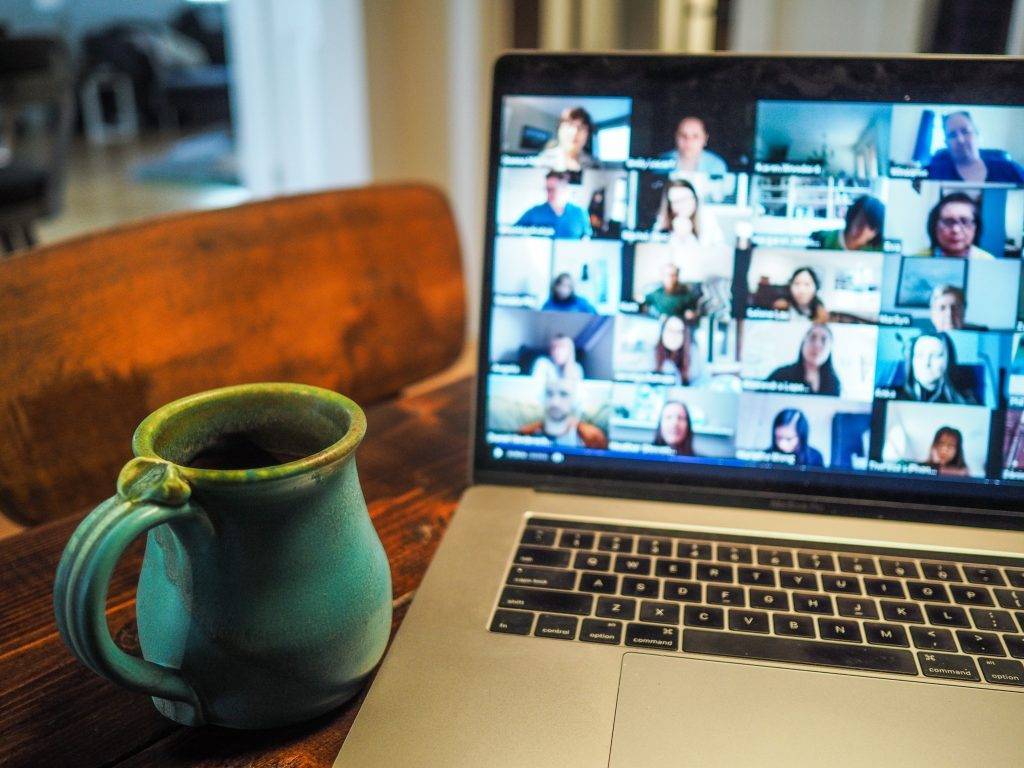 Photo by Chris Montgomery on Unsplash

Secondly: the grass is always greener…

As students, our main concern was realising on Monday morning that we had been at the wrong party on Saturday evening. That’s something economists call opportunity costs: the cost of missed opportunities. If you focus only on what you’re giving up, you don’t see all the benefits of not flying. I’ve gained time, and I’ve experienced many new things. For example, through the train window: travelling to an advisory council meeting in Lisbon by night train was a charming experience. Thereby I’ve contributed to a non-flying infrastructure: night trains in Europe.

Thirdly: keeping your feet on the ground

Flying affects how we do science. Abstaining from flying has served to increasingly focus my research work on real, local problems in my local environment. This means that I’m working with colleagues from other disciplines and practitioners here in Switzerland. And that’s exactly why I find not flying exciting – it spurs me to reconsider my role as a scientist in solving environmental problems.

As an ecologist I have the choice between flying to conference rooms where I discuss how to better analyse more data that shows ever more dramatically how badly affected our ecosystems are, or I can work together with social scientists, artists, urban planners, and practitioners at home to innovate carbon-free cities.

Better to fly less often, and tackle real, thorny issues more vigorously. Better to deal with your own problems – even if there’s no acclaim for it – than to explain to others theirs. Better to help train more scientists from less developed countries than consider ourselves as indispensable experts. 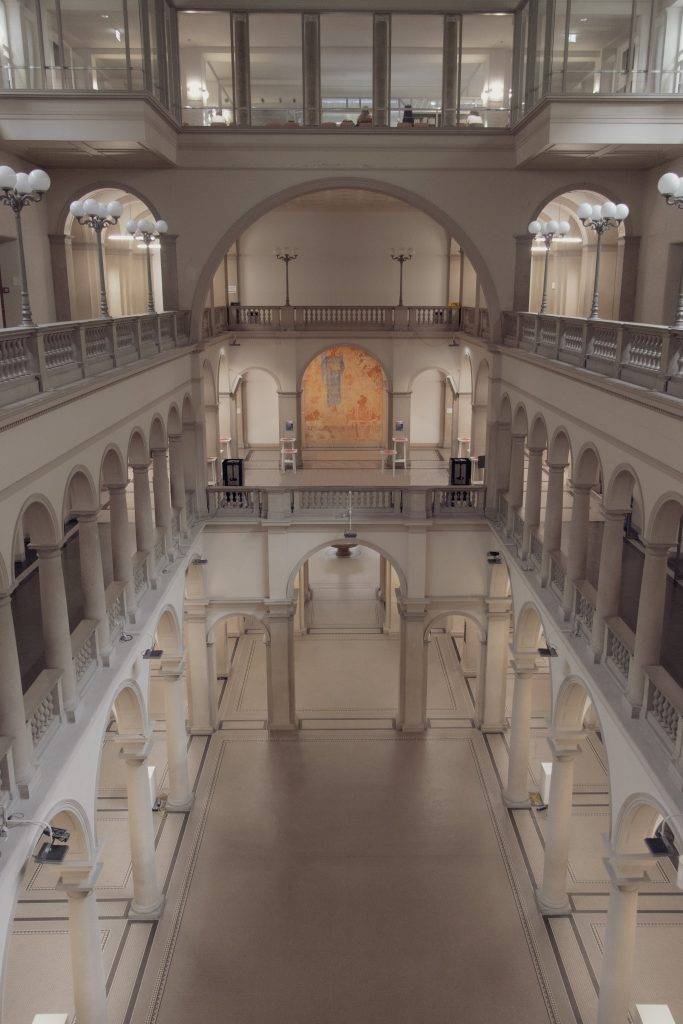 Our society has somehow forgotten how to debate about alternative ways of life and social utopias. Partly to blame for the paralysing lack of discussion and orientation in our society are (technical) universities. People here would rather talk about technological breakthroughs than about social change.

It is unlikely that new technologies will make air travel carbon neutral in the next few decades. Technological innovations and digitalisation might indeed provide solutions, but what we urgently need are social innovations: new forms of living and an ecological economy.

Inventing flying was an innovation, and inventing non-flying will be as well. Innovation happens only if we try, experiment, and learn by doing. Why should the discovery of flying be considered such a milestone, while not flying doesn’t feature on any innovation programme?

We’re entering a decisive decade, and if we want to radically reverse CO2 emissions, resource consumption and species extinction, then we have to talk about system change and the consequences for our everyday lives. Thirty years from now, we’ll be living in a fundamentally different world – and we still have time to shape it.