This is your pilot speaking 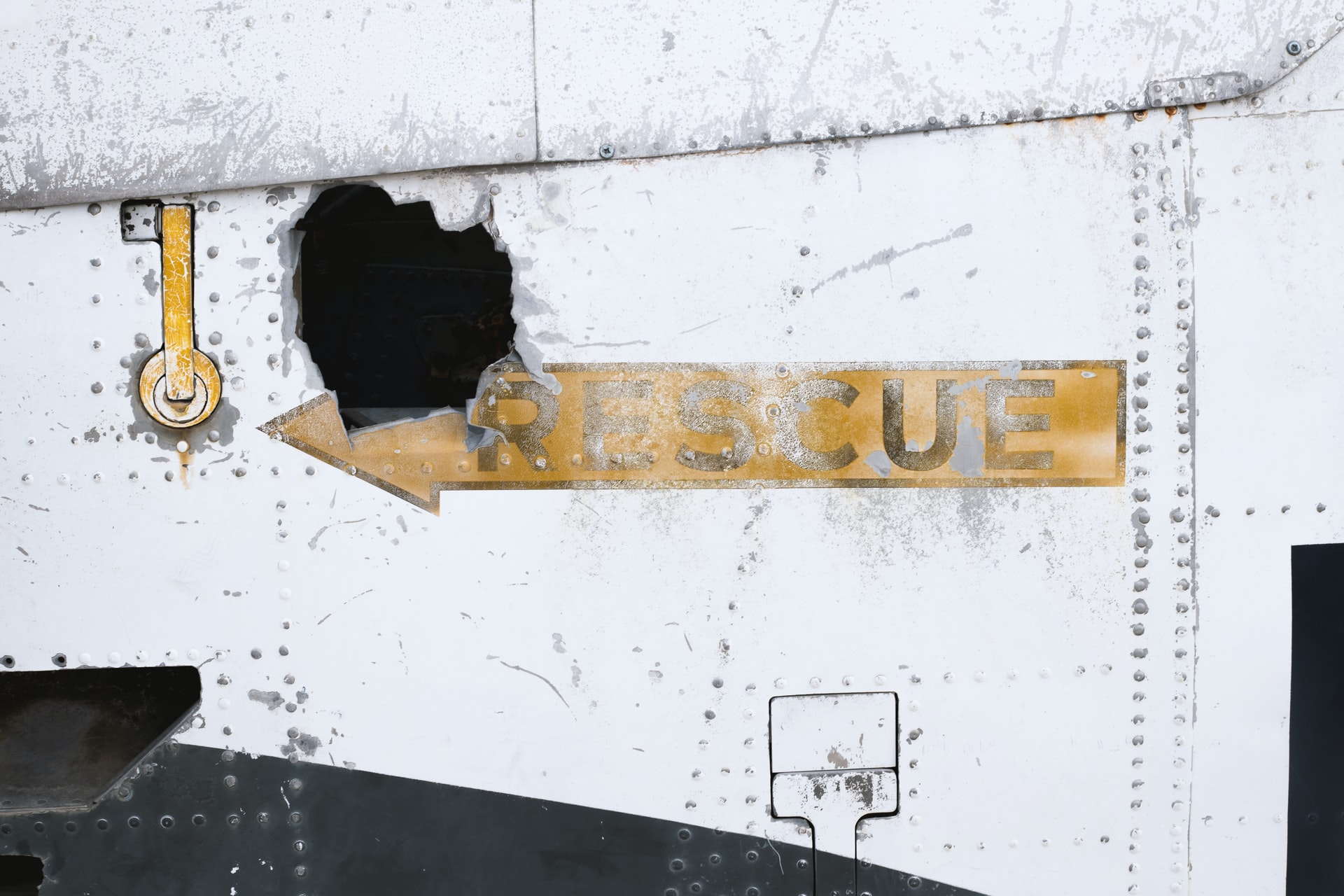 This is your pilot speaking: brace for the greatest emergency of our lives

Written by the pilot Dan Tipney

It might seem hard to believe that just 17% of the global population have ever set foot on a commercial aircraft. However, no doubt like many who read this, for much of my life I have been fortunate enough for flying to feature as a regular means of holiday travel. Imagine for a moment that you are a passenger on one such routine flight to your favourite beach-side location, currently cruising at 38,000 feet…

The plane is on fire, with catastrophic impact imminent unless immediate action is taken. The cabin crew have been trained to prepare the passengers for an emergency landing and the pilots to follow their standard procedures and divert off course to attempt a landing at the nearest airport. Following these procedures doesn’t guarantee a successful outcome, but it gives them a fighting chance.

Unfortunately, these are not the actions that are followed. The pilots conclude that the fire indications are, in-fact a scare-mongering tactic from the aircraft instrumentation and as such are not prepared to risk a late arrival by following the emergency procedures. After all, they couldn’t actually see any flames. The fire rages on… In the cabin, despite the smell of smoke and a clear sense of danger, the passengers are highly unwelcoming of the request from the crew. They are reluctant to prepare for an emergency landing and instead insist that more drinks to be served, with extra ice due to the heat from the fire. Their wishes are followed and normal service is resumed.

On the ground, the operational control team for the airline hear of the incident and send a message to the pilots with strict instructions to remain on course and not to report their circumstances to air traffic control. The team are aware that this is not the safest course of action, however they also have concerns due to the financial cost of diverting and the risk to the airline’s reputation from any negative media coverage, should their emergency be revealed. Consequently, a burning aircraft continues on course, filled with people who are satisfied that their immediate needs have been met. The decisions so far have been guided by a short-sighted attempt to save money and face, all in blind hope that if the fire is ignored, it will cease to cause a problem and everyone will be on the beach in time for sunset.

Clearly, if the above actions were followed in this emergency situation, it is highly likely that a potentially avoidable accident would have a catastrophic outcome for everyone on-board. Whilst the notion that anyone could behave as described sounds incomprehensible, there is an alarming resemblance to the response of the human race to another very real emergency that we face…that of our climate emergency. There is now little doubt that like the aircraft in this fictional story, our planet and every life whom call it home are in crisis, as a result of human behaviour and consumption. The only difference is the time scale over which the emergency is occurring. It is hard to believe that anyone on an aircraft in this situation would behave in this way, due to what would likely be an intense perception of immediate danger and the subsequent desire to respond.

However, it is easy to ignore the overwhelming scientific consensus when the perception of danger from climate change and ecological breakdown appears less immediate with the resultant desire to respond therefore far less intense. Like the passengers on the aircraft, for many of us, it is inconvenient to make significant changes to our habits, choices and behaviours that could have implications on our quality of life, or what we perceive to need. Like the ground control team at the airline, for many bosses within corporations, it is considered costly to respond appropriately to the climate emergency. Many choose not to act due to the potential impact on their immediate ability to maximise profits, despite overwhelming evidence that the life of their children and future grandchildren depend upon their decisions. Like the pilots on the aircraft, for many other decision makers such as political leaders, it can be far easier to avoid the truth and search for information which confirms what they want to believe, rather than genuinely identifying the best course of action.

This is an uncomfortable truth and understandably, many of us are afraid (myself included); afraid in the knowledge that we need to make changes but do not know how, afraid that such change may well result in significant financial or lifestyle sacrifice or simply afraid of what we might discover if we openly explore the extent of our emergency. With fear as an underlying emotion, it is no surprise that many of us are also experiencing varying stages of shock, with which comes responses such as denial, anger and rejection. Another stage however, and often a turning point is that of acceptance. Once we are able to accept, we are then in the position to seek help, which in this instance is an opportunity to not only help yourself but also to help others and in the most fundamental of ways.

Accepting our climate emergency does not mean giving up hope of change, nor does it mean that we should immediately have all of the answers.

Acceptance is simply the first step from which you can take a step back and consider the situation for what it really is, not what you want it to be, nor what media suggests it should be. It is only with this perspective that we are (metaphorically) in the right place to understand the situation and to ‘divert off course’. It is perhaps a little ironic that this story involves an aircraft, as commercial Aviation is increasingly in the spotlight when it comes to greenhouse gas emissions and the climate emergency. However, it is for this very reason that I chose this example.

As an airline pilot, I have not only financially benefited from aviation but I am also the third generation within my family to fly professionally. Like many pilots, I have wanted to fly jets since a very young age and I have sacrificed a great deal to reach my goal. When faced with information that conflicted my love for flying with my desire to maintain a habitable planet for my children, I sat deeply rooted in fear, denial and anger for some time. I could not engage with the science and was focused on a few select facts that matched my desired perception at the time.

Fear and frustration prevented my engagement with science and the truth; that for many of us in prosperous societies, who enjoy to holiday or work abroad, aviation is by far the single largest aspect of our carbon footprint. I had my fingers in my ears and was unable to hear what the science was telling me; that the anticipated growth for the industry (or indeed anything other than a significant reduction in emissions) is totally inconsistent with my wish for a habitable planet in (not that many) decades from now.

The mental and emotional barriers mentioned above are hard wired into our brain when there is a perception of a threat (in this case to ‘life as normal’) and something that will affect everyone in different ways. The process of acceptance to which I referred is not a solution in itself, but it is an essential first step. A challenging array of emotional reactions can be experienced when we consciously engage with the conflict that can exist between the lives we enjoy right now and the future we want to have on Earth.

I have recently made the decision to stop flying. When I first felt conflicted in my role, I imagined that taking this step would be agonising and feared I might regret giving up on my childhood dream. However, every day that passes and the further I understand the crisis with which we are faced, my only regret is not doing it sooner.

Of course, another pilot will take my place at the controls and I am under no illusion that my decision will directly reduce emissions from aviation, at least in the short-term. My hope and my sincere request to anyone who reads this is to pause and to ask yourself — what do you really think? I am not suggesting you should quit your job, or join an Extinction Rebellion protest (I’m not saying you shouldn’t either!). I am simply asking you to consider what might be influencing your own biases, and how your perception might vary if you were to consider the facts surrounding climate change through an unfiltered lens. What we do, as a society and as a species, will determine whether or not we have a habitable planet for the next generation, something I think most of us wish for. I sincerely believe we have a better chance of avoiding disaster if we can all acknowledge and accept that our plane is on fire and consciously consider how our choices and actions will determine the likelihood of a safe landing.