France: 67 mayors, among them the current mayor of Paris, officially oppose the Roissy CDG airport expansion in an open letter to E. Macron. 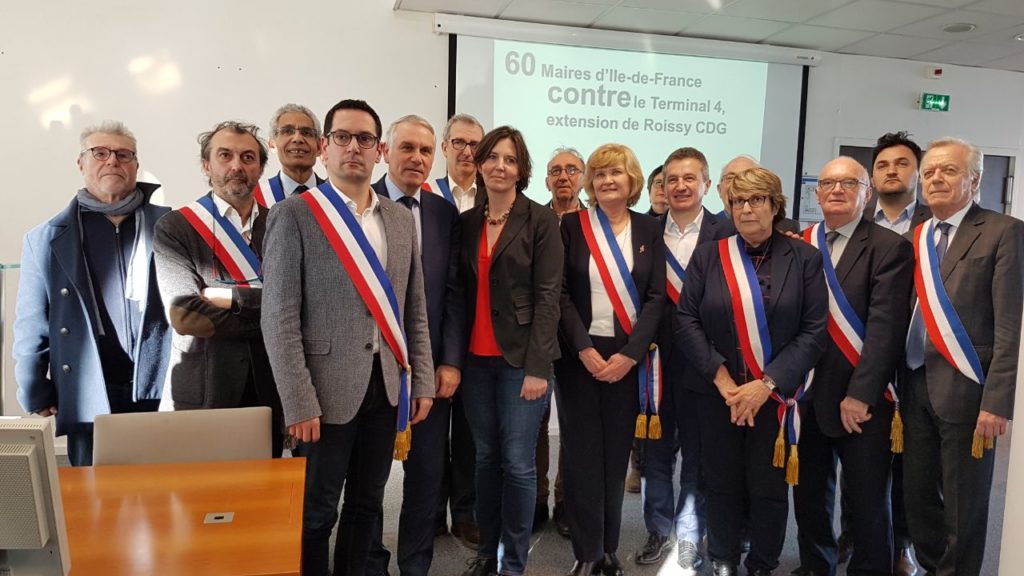 On Thursday 16th, a group of mayors representing more than sixty cities surrounding Paris gave a press conference on the topic of the “Terminal” 4 project. The project, supposed to create jobs and help Paris adapt to the “increasing demand for air traffic”, is rejected by a growing number of elected officials (and citizens). The current mayor of Paris, Anne Hidalgo herself, supported the initiative.

“Between questionable development perspectives and climate protection as well as our fellow citizens’ health, we have definitely made up our minds”, so the mayors.

Our friends from the collective “Non au Terminal 4” have been working hard in the last months to bring the issue to the fore.

The announcement was relayed by the print media: