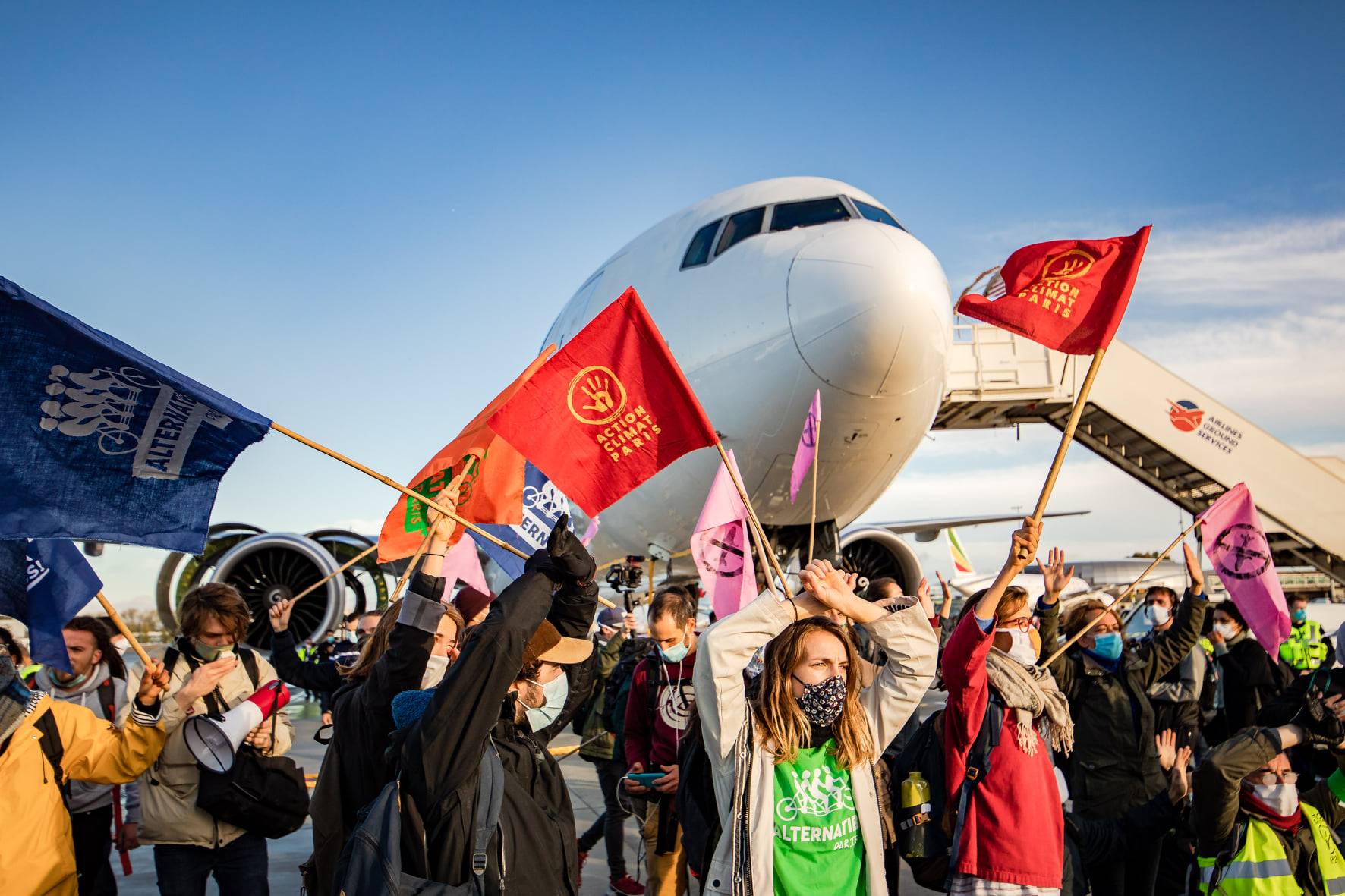 Following the appeal launched by French Stay Grounded members Alternatiba and ANV-COP21 to march on Airports, 2000 people have mobilised on the 3rd of October in 18 airports in France and Mexico to demand measures to reduce air traffic, accompanied by a just transition plan for the sector that does not leave the employees behind.

A big applause to all who joined and supported these bold and inspiring actions!

In Paris, more than 350 activists succeeded in a double action at Roissy airport with a rally at the terminal and an intrusion on the tarmac. In Annecy, Avignon, Bordeaux, Besançon, Caen, Chambéry, Clermont-Ferrand, Lille, Marseille, Montpellier, Mulhouse, Nantes, Nice, Paris, Poitiers, Tallard, Toulouse and Tours actions took place in various forms: bicycles, marches, die-ins, disobedience actions and deployments of banners. In Mexico City, a banner was placed in front of Benito Juarez Airport and information activities were carried out by our member CPOOEM. Our call to take the French mobilisation across borders was also answered with a small solidary bike ride from our Belgian member Zomer Zonder Vliegen to the action in Lille.