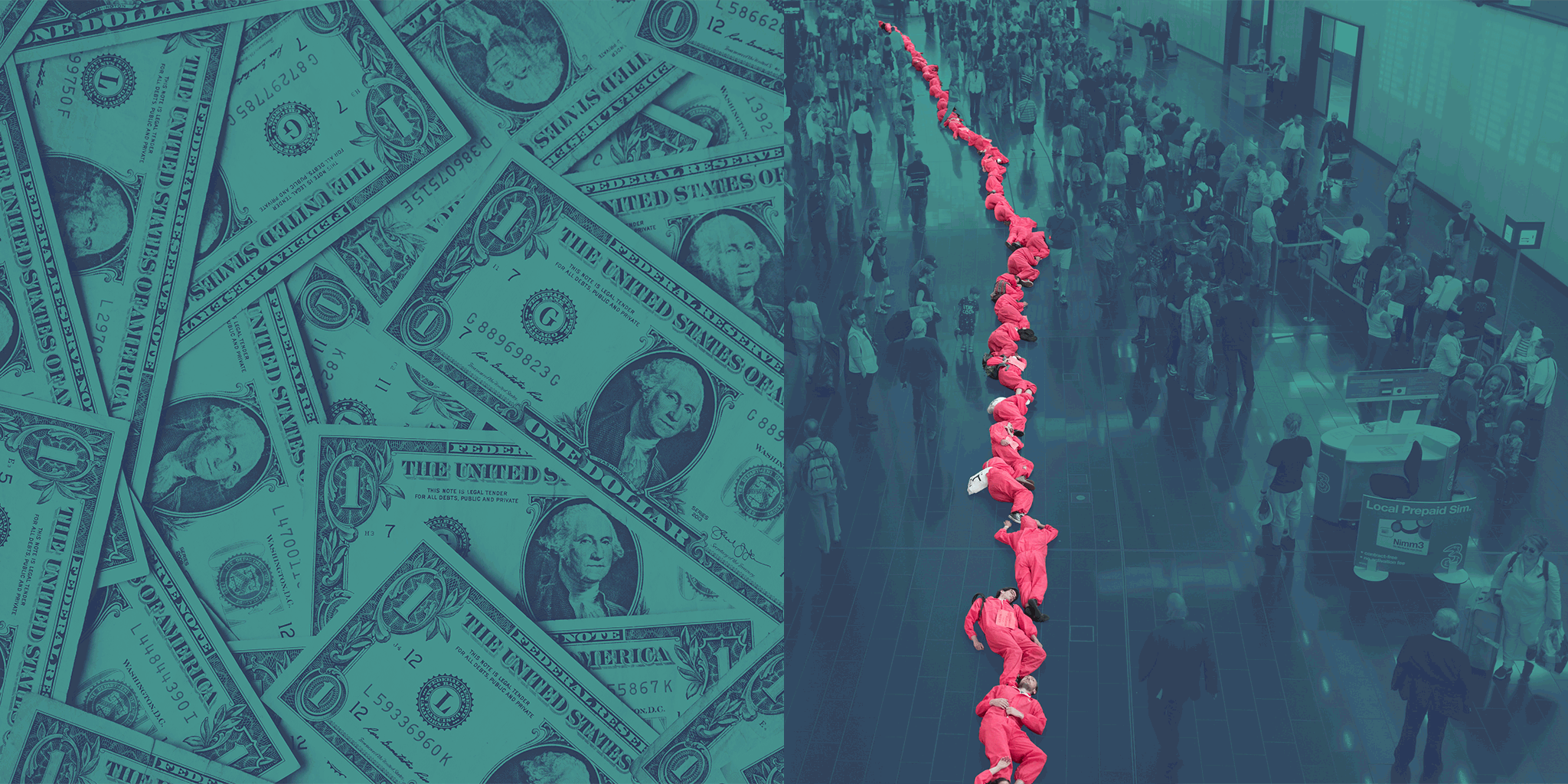 Measures to reduce air traffic in a just way

On September 22nd, the Stay Grounded network held a webinar to discuss which measures are more suitable to limit aviation and its climate impact: Taxes on kerosene, VAT or frequent flyers? Or rather limits on flights and airports? What is most feasible, effective and fair? Read the summary or watch the video-recording.

Let’s start with the bigger picture: Choosing the right demands for our campaigns has a lot to do with knowing where we’re heading to. Which world do we envision? How will travel be organized? How will we as a society be able to live within planetary boundaries? How will we democratically decide where personal freedom might end in order to guarantee collective freedom and a good live for all?

In the first input, Anne Kretzschmar, campaigner at Stay Grounded, painted a possible future where the remaining flights (the compatible amount with the world’s emissions budget) are distributed in a fair way in locally based communities or regional councils. This would include acknowledging different needs for different realities. The limited flights might rather be taken by a refugee who had to flee his country and might want to visit his family, or by a person working for transnational solidarity networks, than by someone wanting to make a holidays on another continent. In Anne’s vision, price mechanisms would not play a key role in this future, since only the richest would then afford a flight. While the steps to take until reaching such a future might include both limits and taxes, she made a stance for training our imagination and working on our visions.

Taxing flights could be achievable in the soon future

Following this first input, Bill Hemmings, an independent aviation policy consultant who formerly worked in the industry and then for Transport & Environment, explained the current situation in aviation during Covid-19, and why a kerosene tax could and should be implemented in every country. In the EU, because of the need for an unanimous vote of all member states, an EU-wide tax is currently difficult to achieve, but bilateral agreements would be first steps. Find his presentation here. Also other speakers like Jo Dardenne from Transport & Environment made clear that it is time to finally tax aviation. After massive taxpayer backed bailouts for the industry, the industry finally has to start paying taxes. Ticket taxes are the easiest to impose, which could replace the non existing VAT on flight tickets. Kerosene taxes have the advantage of being linked to the amount of fuel burned and greenhouse gases emitted. Applied together, this would create a good price signal to limit demand.

This was a key issue discussed in the webinar. A general argument against taxes and higher prices for flights is that this could lead to fewer people being able to afford flying, while the wealthy can continue with their jet-setting habits. The industry has long been advertising with “democratizing” air travel through cheap prices. This was however countered by several arguments: On the one hand, still more than 80% of the world population haven’t flown. On the other hand, a massive tax injustice exists when comparing different modes of transport, with aviation receiving high indirect subsidies through tax exemptions. The speaker Tone Smith, an ecological economist, made a stance for not getting captured in debates about poor being left out by single measures. It is in general needed to abolish the gap between rich and poor through other measures. She said we need to better frame reduction, a vision that less is more.

The possibility of a Frequent Flyer Levy

The speaker Alethea Warrington from the UK charity Possible presented the Frequent Flyer Levy – a possibly ideal policy that would both reduce demand and distribute the remaining flights in a just way. The levy is raised progressively with every flight taken or mile flown. In a 2018 polling in the UK, the Frequent Flyer Levy (or air miles levy) was the most popular measure. This could still be combined with a kerosene tax and VAT on tickets, to stop the tax injustice. A scientific paper published in June 2020 comes to the conclusion that, “compared with a carbon tax, a frequent flyer levy is almost twice as effective (i.e., half the welfare loss for the same emissions reduction), with little impact on lower income quintiles.” There are ideas on how to implement this on a national level, but research is still needed to find out how getting and sharing flight data in a secure way could be worked out on a global level.

Limits on flights and airports

Covid-19 now gives an opportunity for major changes also beyond taxes. The expansion of airport infrastructure is likely to be delayed for years, and hundreds of airports face bankruptcy, especially regional airports were  already loss-making before Covid-19. Pushing now for shutting them down, combined with the demand for banning short-haul flights, could have some real effect. Limiting only short-haul flights although doesn’t have a high climate impact, with long haul flights consuming most emissions. But it might help shifting mindsets and therefore reduce aviation on the longer run.

Most speakers and participants agreed: We need both taxes and limits. And we need them soon.