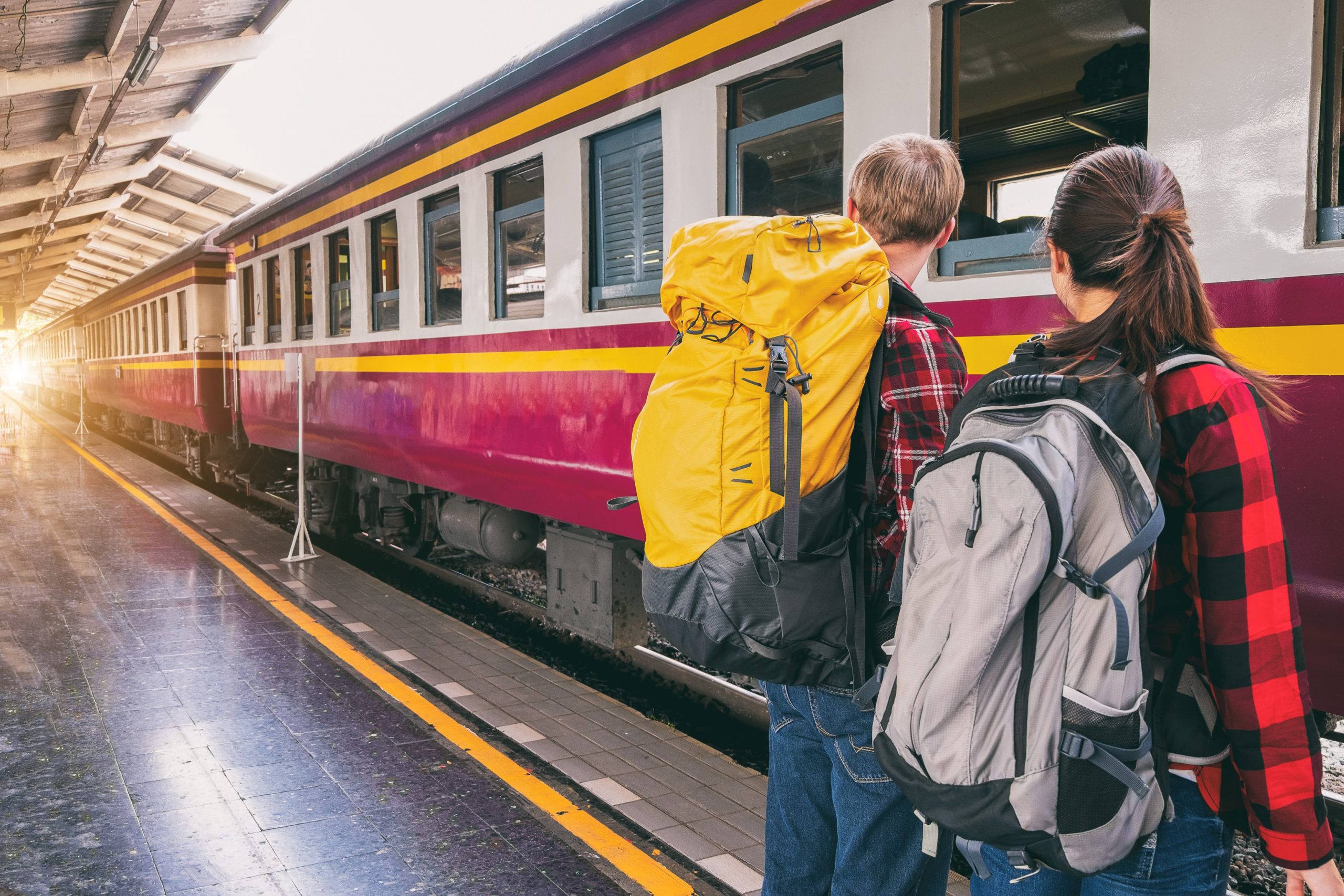 Ryanair, along with Erasmus Student Network (ESN), has committed to improving Erasmus experience for all European students. That is why, since September 2017, when flying with Ryanair, all ESNcard holders can enjoy discounts on flights, free check-in luggage, weekly travel offers and tailored in-journey offers.

In 2019 Ryanair became “one of the top 10 carbon emitters within Europe, a league which had until now been exclusively occupied by coal plants” and close to 25% of the airports served by the firm, we understand, are receiving aid from local authorities. The low-cost carrier is Europe’s second largest airline, carrying 153 million customers a year on more than 2,400 daily flights from 86 bases, connecting over 200 destinations in 40 countries.
Erasmus Student Network is the biggest student association in Europe. It is present in more than 1000 Higher Education Institutions in 41 countries.

Travel as if there was a tomorrow

By ending the “Ryanair’s discounts and offers scheme”, ESN would send a clear message to its 40,000 members and the 350,000 international students that it reaches  every year, supporting the European Union in its fight against climate change and walking the talk. Due to all the reasons exposed above and since ESN is supported by public funding – through the Erasmus+ programme of the European Commission and the European Youth Foundation of the Council of the European Union – Stay Grounded decided to contact ESN’s President, Kostis Giannidis, to urge him to end ESN’s partnership with Ryanair and instead collaborate with rail companies.

Summary of Stay Grounded’s communication with ESN and future steps

After a brief exchange of emails, it was clear that ESN is not willing to halt its partnership with the polluting airline. Regrettably, Stay Grounded is very disappointed and feels now forced to contact ESN’s funders to challenge their relationship with ESN. Moreover, Stay Grounded will also get in touch with Generation Climate Europe, “a platform for youth-led projects tackling climate change and environmental issues in Europe” of which ESN is part of, to let them know about ESN’s practices and urge them to force its member to reconsider its attitude as a means to truly contribute in the fight against climate change.

ESN’s partnership with Ryanair– outdated in times of climate crisis

On behalf of the Stay Grounded Network, we wish to raise our concerns regarding ESN’s partnership with Ryanair. We live in a time of climate emergency and we therefore implore you to end this partnership with a provider of the most polluting form of transport as soon as possible. We propose that you replace this by forming partnerships with rail companies via schemes such as Interrail. We would be glad to assist you in this process.

I am a co-founder of the Stay Grounded Network and one of its campaigners. Stay Grounded represents more than 150 member organisations on all continents, working together to bring forward a just, environmentally sound transport system and to rapidly reduce air travel. Our position paper is supported by hundreds of groups and includes large networks such as Friends of the Earth International.

We recently learnt about your environmentally damaging partnership with Ryanair. Aviation is the most climate-damaging form of transport[i] and constitutes at least 2.5% of all energy-related CO2 emissions[ii]. It is also a privilege that only a few can enjoy[iii] and it relies upon unfair tax exemptions[iv]. The Aviation industry seems hell-bent on continual expansion and is one of the fastest growing sources of greenhouse gas emissions. There is a high risk of its emissions being locked-in due to the growth in aircraft fleet and passenger numbers; in Europe its emissions have doubled since 1990, and globally they could, without action, multiply by two, three or even more by 2050. The environment is collapsing and we must act now before it is too late. You can find more information on the impacts of aviation and its alternatives in our report published last December.

Simultaneously, in 2019 Ryanair became “one of the top 10 carbon emitters within Europe, a league which had until now been exclusively occupied by coal plants” and close to 25% of the airports served by the firm, we understand, are receiving aid from local authorities. Ryanair carries 153 million customers a year on more than 2,400 daily flights! By ending the “Ryanair’s discounts and offers scheme”, ESN would send a clear message to its 40,000 members and the 350,000 international students that it reaches  every year, supporting the European Union in its fight against climate change[v] and walking the talk. This would also have a huge positive impact for ESN in terms of public relations and will be also heard by European Institutions and financial markets.

Nevertheless, we do not want to halt the incredible work that ESN carries out. For this reason, we would suggest that ESN establishes partnerships with European rail companies as a means to provide discounts and offers to its members. Travelling by train is not only more environmentally friendly but also can provide a unique experience to your members! If you are interested, we would gladly put you in touch with groups that work to promote trains in Europe.

I ask you, once more, to consider ending ESN’s partnership with Ryanair. Be a pioneer, not a follower.

Do not hesitate to get in touch if you would like to discuss these points further. We look forward to your reply.

[i] A trip by plane produces around 20 times as much carbon dioxide as one by train (per person and kilometre). Some estimate this number to be up to 56. Please see infographic attached.

[ii] However, this number does not take into account non-CO2 effects. Already in 1999, the IPCC recommended to incorporate these effects in the calculation and thus considered the total aviation’s impact to be two to four times higher than that of the CO2 emissions alone. This implies that the industry could alone account for 10% of all emissions and hence be one of the major emitters!

[iii] Less than 10% of the world’s citizens have ever taken a plane. More specifically, 70% of flights in the UK are taken by 15% of the population, and more than half of the country didn’t fly in a specific year (http://afreeride.org/about/).

[iv] The industry holds a special position with regards to other modes of transport: airplane firms, airports and manufacturers receive incredibly large tax breaks and subsidies, which allow flight tickets to be so artificially cheap. Moreover, it enjoys many more unwarranted privileges, including bailouts in case of bankruptcy, aircraft manufacturing and purchase, state aid on new airport infrastructure, and export credits, and only a selected number of nations have VAT on airplane tickets or passenger taxes, or tax kerosene.

First of all, thank you for all the work that you are doing in improving the environment. We have a lot of respect for that and we also thank you for acknowledging our good work. We, of course, agree that climate change is a real problem.

Now, ESN works to promote learning mobility and all the benefits that come with that. This is something that we are very proud of and in order to experience learning mobility, one has to travel. While trains are a good substitute in some cases, in others they are clearly not. Train infrastructures are unfortunately not so developed everywhere in Europe. For many students from Eastern European and Balkan, the train is unfortunately not an option, and even less so is the case for students from Malta, Cyprus and Iceland (all Erasmus Programme Countries). When many international students who already struggle with high costs of their Erasmus exchange get a better price on their flights, that is something which in our opinion carries proper benefits for our ultimate target group: international students. Moreover, the Erasmus+ programme foresees the participation of students coming from low socio-economic backgrounds and travelling by train is not always the most inclusive mean of transportation, from a financial point of view.

Also, the ESN part of the overall flights in Europe are neglectable; only 0,10% of Ryanair’s total bookings during this 3-year period comes from “our” bookings and when adding the other European airlines, the sum becomes almost neglectable. This leads us to wonder why you are addressing a student-volunteer based organisation like ESN and not the big polluting companies and industries.

When it comes to trains and your comment “we would gladly put you in touch with groups that work to promote trains in Europe”, this is not as easy as it seems. Actually, we have had a partnership with Interrail in the past (you can still see the traces of it at https://esncard.org/page/terms-conditions-interraileu-discount). The problem with that is that international students want to travel from point A to B and then back. There is no European-wide train provider that can offer that in the same way as we can do with Ryanair.

This, of course, does not mean that we are not working on the topic of climate and sustainability.  We try to improve the situation where we can, for example:

Our Ryanair partnership is currently under negotiation. Currently, we are discussing the next steps in the partnership with Ryanair that will also include a Europe-wide environmental project focused on education and local activities all over Europe.

Dear Kostis,
Thank you for your transparent reply.
We are very glad that you consider the climate emergency to be a real problem: it is indeed the largest issue that our civilisation has ever faced.
However, for the reasons we set out in detail below, we feel obliged to urge you, once more, to end ESN’s partnership with Ryanair, as this would contribute to withdrawing the social license to operate that companies like Ryanair have and would send a strong signal to the politicians, financial markets and the hundreds of thousands of students that ESN reaches every year.
Moreover, although we welcome your moves to improve the sustainability of ESN’s work, we strongly believe that these are only small steps compared to what is really required if we want to reduce the chances of a climate catastrophe in the next decades. Raising awareness, organising more sustainable events, reducing paper waste are all beautiful and necessary but only small drops in the ocean… Flying is not sustainable and CO2 compensation is not a solution: the latter does not reduce emissions and the offset projects that are mostly based in the Global South in many cases create further problems such as land-grabbing. It is also unjust: To enable a small portion of the world to continue taking more and more flights with a clear environmental conscience, others have to reduce their greenhouse gas emissions. See more in our report “The Illusion of Green Flying”
Best regards,
Magdalena

Dear Magdalena,
Thank you for your clarifications. As I said, we have a lot of respect for your work but we do disagree with you on some of these points. Recommending a student to study in country A instead of country B goes against a lot of what we believe in and we certainly do not think it’s our job to tell the students where they should study. And cooperation with train/bus companies is something we have tried but which is very difficult for a number of reasons.
We understand that climate change is a very big and important topic, but we also believe in promoting learning mobility and, as we said in our first reply, in many cases this can only be done through flying, unfortunately.
Best regards, 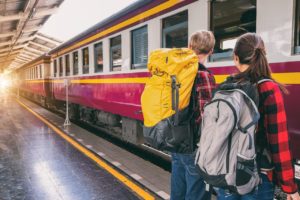