Heathrow Third Runway Ruling: Milestone and Hope for other Struggles 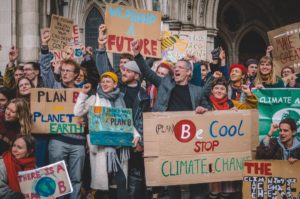 The Stay Grounded Network is celebrating today’s decision by the UK court of appeal to declare the construction of the planned third runway at Heathrow Airport illegal because the UK’s climate mitigation commitments and the Paris Agreement. The construction of the runway would cause an increase in GHG emissions equivalent to a small country as well as enormous noise and air pollution for local residents.

“This decision is a milestone in climate litigation! It gives hope to hundreds of communities around the world in their struggles against destructive airport projects: indigenous people, farmers and citizens who face losing their land and homes due to airport projects. But today we saw: It is possible to stop them and preserve a liveable planet for us and future generations,” says Stay Grounded campaigner Magdalena Heuwieser. “We congratulate all the groups who are active against the third runway, including our members ‘Plan B’ who brought the challenge to court. If we stand together, we can stop the aviation industry’s dangerous growth addiction and create a just transport system that works for the people and the planet.”

Around the world, 1200 airport infrastructure projects are currently planned or under construction. Together with the Environmental Justice Atlas team from the Autonomous University of Barcelona Institute ICTA, Stay Grounded has been mapping dozens of airport conflicts, providing detailed information about their negative impacts on the ecology and people.

Stopping the third runway is not only a court decision, but above all the result of years of effort by local groups, climate activists and individuals committed to the fight for their communities and against the destruction of their livelihoods.

Stay Grounded is a global network of more than 150 member organisations, many of them opposing local airport projects.