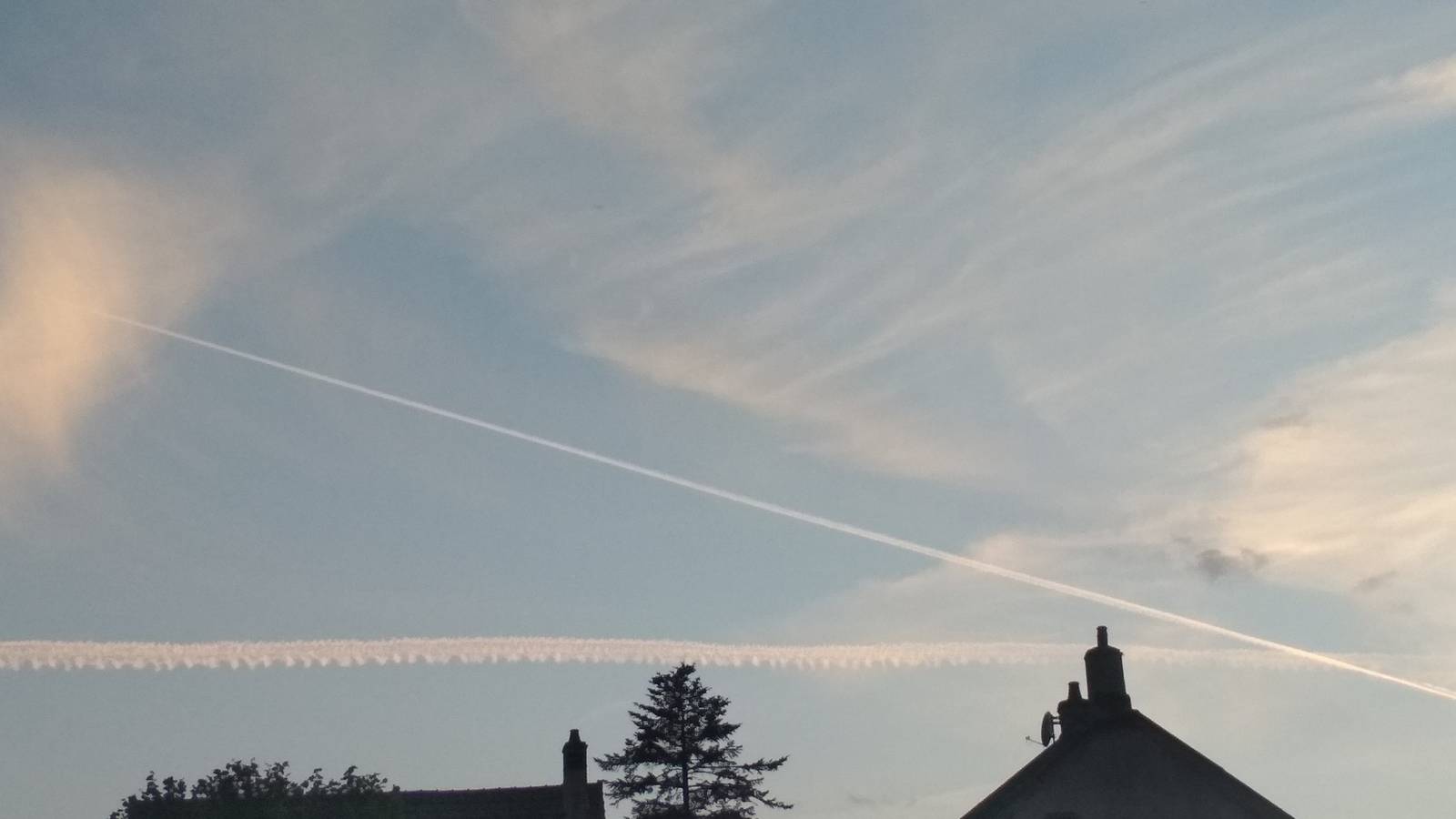 Like many other human activities, aircraft emit CO2, however their impact on climate change goes far beyond than just that of CO2. The contrails and nitrogen oxides (NOx) they generate together have about twice the impact of CO2 alone. On the other hand, their short lifespan paves the way for effective strategies to stop the growth of aviation’s impact on the climate swiftly or even to reduce it. This is an advantage over other industries which, even with their ambitious CO2 emission reduction goals, continue to increase greenhouse effect.

As researchers continue to improve their knowledge base on the effects of aircraft contrails and NOx on the climate, a conceptual revolution is underway regarding how to integrate them into a strategy aiming to reduce air travel’s impact on the climate. Unfortunately, this innovative idea remains rather unbeknown and misunderstood by policy-makers. Yet, no elaborate mathematical knowledge is needed to understand it! Just imagine someone sleeping in a bed with blankets and a duvet.

CO2: blankets that pile up and cannot be removed

About half of the CO2 emitted accumulates in the atmosphere, the rest is absorbed by biomass and the oceans. As a result, the concentration of CO2 is steadily increasing (it is currently 415 ppm) and the temperature is rising inexorably. Every year, another blanket is added to the bed. The sleeper is getting hotter and hotter, but she cannot remove the covers. She knows that if the temperature rises above a certain level, her life is in danger: she will not be able to bear many extra blankets.
Scientists have estimated the amount of the carbon budget that must not be exceeded in order to stay within the 1.5°C warming limit, beyond which we know that increasingly serious irreversible phenomena can occur. Fortunately, we have not yet reached the point of having to stop our CO2 emissions abruptly; we can still reduce them gradually. Moreover, the reduction required is significant: about 7% a year, which is roughly equivalent to the effect of a new pandemic every year! And even if we manage to do this, the planet will continue to warm up. The blankets will be thinner, but they will continue to pile up on the bed.

Other effects than CO2: a very thick duvet that could be removed overnight!

Unlike CO2, which lasts a hundred years and accumulates in the atmosphere, the other traces left by airplanes do not last long: a day for cirrus clouds generated by condensation trails and a month for ozone (a derivative of NOx that also warms the atmosphere). If one hundred thousand planes flying today are grounded tomorrow, soon enough only the CO2 will remain. The other traces will disappear. Fortunately, because it is a very thick duvet. In 2019, it was almost twice as thick as all the CO2 blankets deposited by aircraft since the beginning of aviation (see note 1).

Reducing the duvet’s thickness equates to removing CO2 from the atmosphere (i.e. generating negative emissions, in the same way as planting trees or filtering the ambient air to extract CO2). The potential is very significant. If we were to remove the duvet completely, i.e. ground all aircraft, it would be like removing 67 Gt of CO2 from the atmosphere, twice the amount emitted by aviation since 1940 (Stay Grounded, 2020).

Researchers have calculated that with a 2.5% decrease in CO2 emissions, which would bring air traffic in 2050 to 50% of its 2019 level, the annual thinning of the duvet would compensate for the yearly addition of an extra CO2 blanket, thus stabilising the climate impact of air transport at its 2019 level (Klöwer, 2021). This would be much better than other sectors, which, even with a drastic 7% decrase per year of their CO2 emissions, would continue to add blankets. It thus appears that the bonus of reducing non-CO2 effects would allow the aviation sector to do better than other industries with a lower reduction of its CO2 emissions.

We have learnt above that reducing air traffic is very effective because it reduces the duvet’s thickness, whereas measures that only target CO2 emissions without reducing other emissions or without reducing them sufficiently would be a lot less effective. This would be the case for alternative fuels, biofuels, synthetic fuels or even hydrogen, which would only partially reduce the non-CO2 effects (Stay Grounded, 2021).

It is also possible to limit contrail formation and reduce NOx emissions. This has not yet been done, due to a lack of incentives, but there are promising solutions out there. The most promising one, the avoidance of contrail-prone areas, is currently being tested in the European sky. Other solutions include the composition of fuels to avoid the formation of soot during combustion, which is conducive to contrails, and the optimisation design of jet engines to limit NOx emissions.

Rethinking how to measure emissions and their climate impact

Unfortunately, no progress will be made unless there is an agreement on how to measure the non-CO2 impacts. The conceptual revolution underway should help find an agreement because it puts the measure on a sounder footing. Instead of linking the emissions of an air journey to the amount of fuel consumed, as it has been done so far, we should think in terms of the rate of growth (or decline) of traffic. As we have seen, the non-CO2 effects of air transport are not proportional to the amount of fuel consumed, but to the development of the consumption at world level. Therefore, we should no longer fight for a single, fixed emission factor value, but determine it according to the rate of change in traffic and the measures implemented to reduce contrails or NOx. For example, the researchers cited above indicate that if CO2 emissions were to increase by 3% per year, these emissions would have to be multiplied by 2.6 to take other emissions into account (Klöwer, 2021). However, if air transport were to join the climate objectives of the Paris Agreement and begin to decline, it could, on the other hand, benefit from a negative emission factor for non-CO2 effects, which would make it possible to stabilise the aviation’s climate impact. Something to think about!